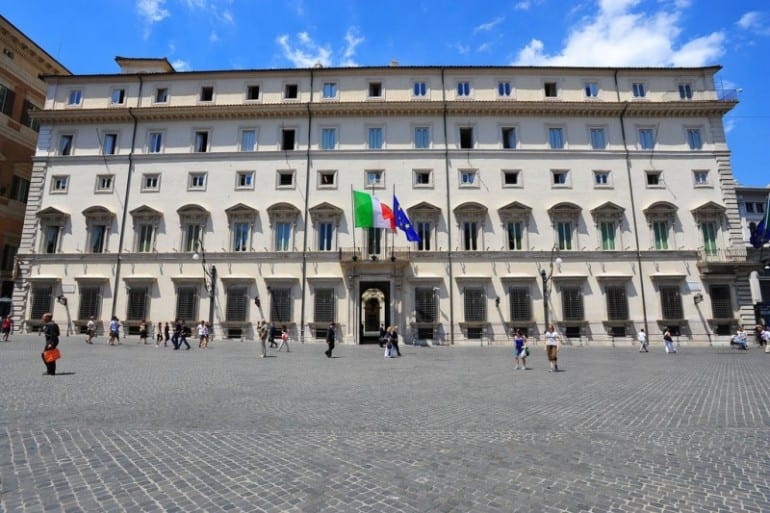 Italy needs to introduce a Guaranteed Minimum Income as soon as possible, following the example of other European countries. This is the central message of the letter published below, addressed to the Italian government and signed by sixty economists and scholars from Italy, France, Germany, United Kingdom, Finland, Sweden, Belgium, Netherlands, Greece, Spain and United States, among others.

The letter was published on February 26 in the Italian daily L’Unità. The promoters of the initiative are Ugo Colombino, economist at the University of Turin, and Giovanni Perazzoli, welfare expert and author of the book “Contro La Miseria. Viaggio nell’Europa del nuovo welfare”.

Italy does not have measures of income support and unemployment welfare comparable to those in place across Europe: Arbeitlosgeld II in Germany, Revenu de solidarité active in France, Jobseeker allowance in the UK, etc. International institutions like the IMF and the European Commission are putting pressure on Italy to adopt similar welfare measures. The position of the Italian government remains unclear. Much has been done to reduce the gap with the rest of Europe, although such actions have not received significant media attention. It is important to remember various local initiatives, draft bills by some political parties, the work of several parliamentary committees and proposals from think tanks like “Alliance against poverty”, “LaVoce.info”, “Basic Income Network Italy”. Small but significant new measures are contained in the 2016 Budget Law, for example the national extension of the experiment with measures supporting active inclusion, also known as SIA.

We believe this is the right moment for the Italian government to give a new push in this neglected area. A reform that aligns unemployment welfare with other universal systems in Europe cannot be postponed any longer. With the establishment of the Onofri Commission in 1996, sponsored by the then Prime Minister Romano Prodi, it seemed that we were just one step away from this much needed reform. Almost twenty years passed since the failure of that initiative, and the situation today is more or less as it was then. Meanwhile many changes occurred in the rest of Europe, leaving Italy further behind. While some countries contemplate experimenting with a radical option like an Unconditional Basic Income (see for instance Netherlands and Finland), in Italy there is no Guaranteed Minimum Income (GMI) comparable to other European countries. Welfare reform in the rest of Europe did not undermine the universal principle of unemployment welfare: no political party in these countries would renounce that. A GMI for the unemployed is not a new form of welfare that needs more testing and calibration. By adopting a GMI, the Italian government would not move into unknown territory, but simply introduce something that has been a central pillar of the European social model for decades (but also Australia and Canada, among others). The measure finds consensus across the political spectrum, from liberalism to nearly every section of the left, certainly the reformist left.

Research has proven that universal welfare forms like the GMI reduce dependency in favour of efficiency. They produce incentives to work and complement a culture of work, rather than denying it. IMF director Christine Lagarde underlined that if Italy wants to grow again, it needs to introduce a “welfare reform that institutes a universal unemployment subsidy”, to complement the recent measures introduced by the Jobs Act. The European Commission and the European Parliament also saw the introduction of a GMI as something necessary.

A common objection is that unemployment subsidies can increase illegal work. But in the rest of Europe the GMI works as a key barrier against illegal work. Employment centres can in fact monitor those who receive a subsidy, preventing them from working illegally. A small percentage of rule-breaking is to be expected, but this does not undermine the general efficiency of the mechanism. Because the GMI is a form of universalist welfare, it does not discourage job search, but rather increases incentives and opportunities for job seekers, be it by having the income to hire a professional resume service to help them, or by financially supporting them through these times. Leaving social assistance is easier because one has the certainty that a basic safety net is there if needed. Vice versa, time-bound subsidies produce a negative incentive: people become dependent on the subsidy and tend to work illegally or not work at all, until the subsidy is stopped. Universal benefits produce less distortions than selective ones.

Italy does not have employment centres of the kind found in France, Germany, UK etc. This is an item that the Italian government has already put in its agenda, and that needs to be solved. In an advanced economy, job search cannot be left to newspaper ads, word of mouth, or family acquaintances. A developed country needs to set up an efficient network of employment centres. To make them work, there is a need for universal unemployment welfare, or else mediation will always be conducted by other actors with particularistic effects unfairly favouring some groups over others.

There are two other arguments showing that universal welfare increases the willingness to work. The first is that international comparisons and empirical evidence show that universal welfare reduces risk aversion, and favours reskilling, mobility and individual entrepreneurship. The second is that if welfare is not clearly distinct from work, work itself becomes a form of welfare. These forms of work become a significant burden on state coffers, lead to welfare dependency, and undermine real work, because people that are assigned certain roles and tasks are not necessarily selected on the basis of merit.

We need to avoid adopting diluted mechanisms compared to other well-tested European examples. Welfare that is exclusively targeted at the very poor falls under these undesirable measures. It fosters dependency, and research shows that families in poverty, when receiving selective benefits, will continue to remain poor exactly to continue receiving benefits. As elsewhere in Europe, A GMI would only work if it is directed at individuals, rather than families, and is administered on a universal basis.

The Italian social protection budget is comparable in size to that of other European countries. But Italy spends much more than others in pensions, without actually having a better and fairer pension system. We know that this system needs adjustments. It is clear, however, that we cannot build a new intergenerational consensus without conducting a general overhaul of welfare. After WWII, Italy did not take up the option of adopting a universal unemployment welfare of the kind that, starting from United Kingdom, was adopted by all other European countries. A discussion took place in 1947 with the D’Aragona Commission. It is likely that for the same reason Article 38 of the Italian Constitution leaves open the option of introducing a universal welfare on Beveridge’s model. Article 1 of the Constitution does not impede the adoption of a GMI, but rather stresses the need for it. In the countries that adopt such universal forms, work culture is strengthened. A GMI is a safety net that enables the improvement of work, freeing it from the uncertainty of selective welfare benefits.

A reformist and modernising agenda cannot leave out such important changes. We understand the significant financial and political challenges faced by the Italian government. We appreciate the institution of a national fund to fight poverty and social exclusion, introduced in the 2016 Budget – even though available funds are limited, targeted beneficiaries few, and selection criteria problematic. Even if nothing more can be done at the moment, it would be important for the Italian government to commit to a long-term vision on these pressing issues. The path ahead is a shift away from the old principles of selective welfare, which has been made obsolete by the current economic realities.