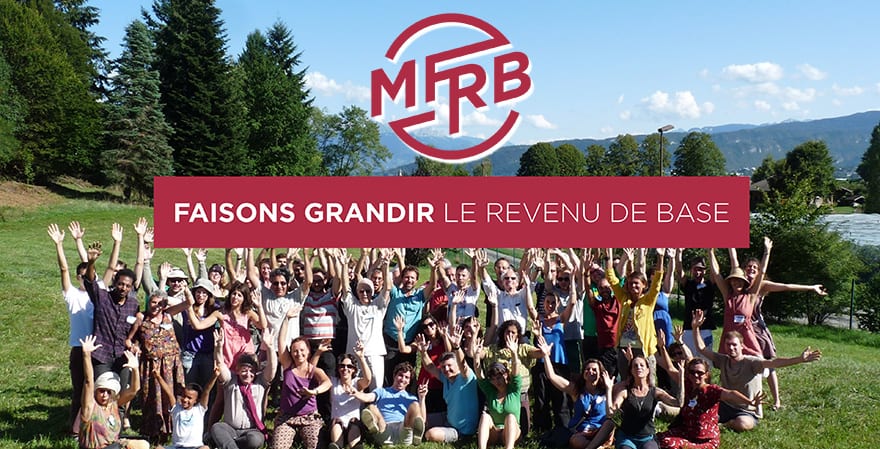 The French Movement for Basic Income (an affiliate of BIEN) has launched an ambitious crowdfunding call, aiming at collecting 25,000 euros to fund a series of new projects.

The French Movement for Basic Income, founded in 2013 following up the European Citizens’ initiative, has significantly contributed to building momentum for basic income. It now needs to scale-up and reach a next step.

This is why the movement has begun a crowdfunding campaign, initiated in early November 2015. As its crowdfunding page explains, the money will be divided among 8 key projects:

While most of the crowdsourced money will be applied to these specific projects, about 30% will be used to pay for the running costs of the association. The association will soon have an office in Paris, and it is considering a plan to hire permanent staff members.

“So far, the association’s funding has been mostly entirely relying on membership fees and donations, and partly through subsidies from MPs. This campaign will allow us to speed up our projects and accelerate the growth of the movement,” says Nicole Teke, international coordinator for UBI-France. About 6,500 euros have already been collected, and the organizers hope to reach the 25,000 target within two months.

In France – as in many other nations – basic income has enjoyed mainstream popularity over the past few months. In May, a poll has showed that 60% of the population would be in favor of a basic income, and the feasibility of a pilot project is being pushed in the South-West Region of France.

You can donate here.