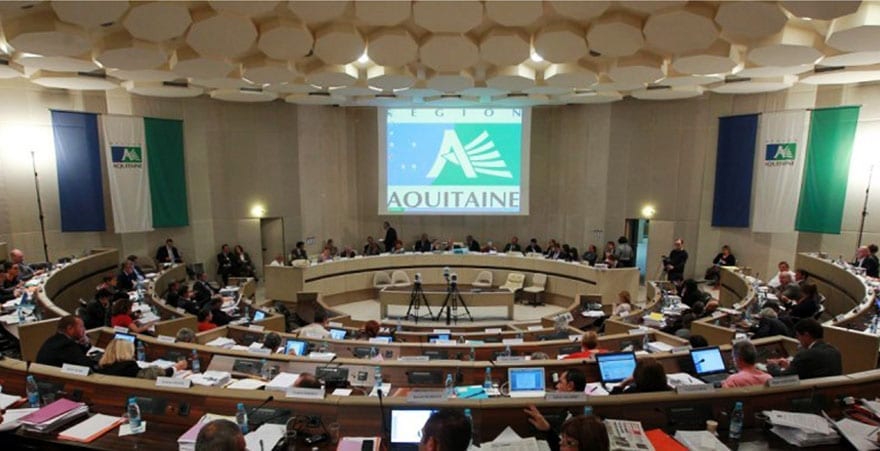 As part of an electoral alliance, the Socialists and the Greens in the French region of Aquitaine committed to carry out a pilot with an unconditional minimum income, as a step in the direction of a basic income. They won the elections, now it is time to deliver.

French regional elections held this month received wide coverage by the international press because of the dramatic rise of the far right party Front National. Meanwhile, an interesting development the basic income movement went largely unnoticed. In the south-western region of Aquitaine, one of thirteen mainland French regions, major strides towards a basic income have been made.

Five months ago, the Aquitaine Regional Council – the elected regional parliament – adopted a motion to conduct pilots to test the implementation of an “unconditional RSA”. The Revenu de Solidarité Active (Active Solidarity Income), or RSA, is the means-tested national minimum income. The unconditional RSA would entail scrapping the work requirement, and would make the grant less discriminatory and less bureaucratic. A recent study shows that the RSA uptake is only slightly over half of the eligible beneficiaries.

While this is not an unconditional basic income, it is a major move in that direction. The motion notes that it is a “first step towards a universal basic income” (read the French text here). At the time, the Council had a left-wing majority, headed by the Socialist Party and including the Greens. The initiator of the motion, Green councilor Martine Alcorta, suggested that the pilots should be based on a proposal drafted last March by the French Movement for Basic Income, an affiliate of BIEN.

However, the fate of the basic income pilots depended on the results of the regional elections. Basic income supporters feared that if the left-wing coalition lost the region, the whole project might have been compromised. In the second round of elections on December 13, the Greens and the Socialists merged their lists to beat the right-wing coalition led by the Republicans, and the National Front, running separately. Just a few days before, the two left-wing parties agreed to renew their commitment to unconditional RSA pilots.

This was not an easy task, as the Socialist Alain Rousset, top candidate in the electoral roll and outgoing president of the Regional Council, had been strongly opposed to the pilots. The inclusion of the unconditional RSA experiment in the program means that measures that are closer to a basic income are gaining ground among other political parties. The Greens and the young anti-austerity formation New Deal already support a universal basic income.

Now that the left alliance won the elections, they are to go ahead with the pilots. Martine Alcorta was re-elected in the Regional Council, and the Greens are entitled to two vice-presidents as part of the deal with the Socialists.

If the newly elected regional councilors put their words into actions, a feasibility study will be conducted to come up with different designs for local pilots. The French Movement for a Basic Income has already offered its services to help the Aquitaine Regional Council with the project.

International Coordinator for the French Movement for Basic Income.