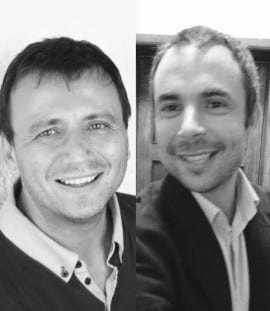 Political activists and university professors André Barata and Renato Miguel do Carmo have publicly presented the release of their new book, entitled “O futuro nas mãos – de regresso à política do bem comum” (“The future in our hands – back to common good politics”). This has occurred in Lisboa, the past day 14th of September, at Fnac Chiado.

This book is one of the few examples in Portugal that actually discusses basic income as a possible progressive policy to be applied in Portuguese society. Rampant austerity and the ever increasing burden of debt are eroding the country and so new, encouraging political measures are ripe. The book lists and discusses economic, social and political strategies to promoting genuine opportunities for the people, refusing precarious working conditions and restoring real democratic power.

At the end of the event, André Barata shared his thoughts about the basic income part of his book’s reflection, when asked about it by activists from the Lisboa local basic income activist group, in this short video.