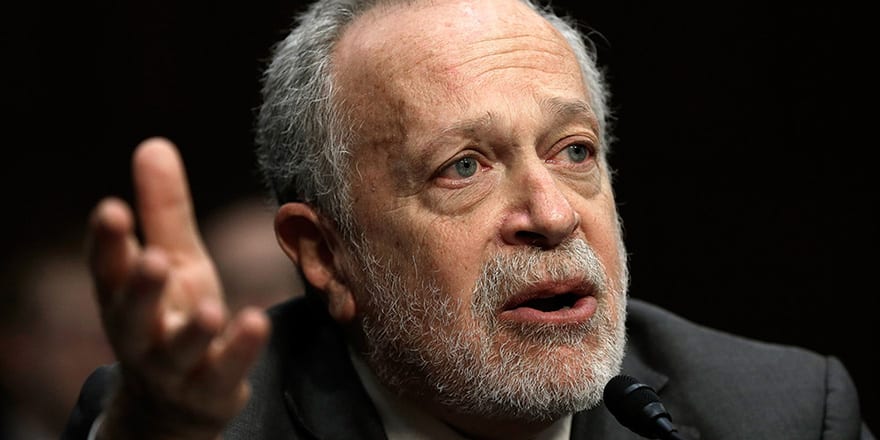 Robert Reich, former U.S. Secretary of Labor, publicly endorsed basic income at least as early as March 2014. Has been increasingly talking about it lately. In a blog on the upsurge in uncertain employment, published on August 24, 2015, Reich concluded, “Ultimately, we’ll need a guaranteed minimum basic income. But I’ll save this for another column.”

It turns out that that other column was his Labor Day message. The entire post is reproduced below in full:

In 1928, famed British economist John Maynard Keynes predicted that technology would advance so far in a hundred years – by 2028 – that it will replace all work, and no one will need to worry about making money.

“For the first time since his creation man will be faced with his real, his permanent problem – how to use his freedom from pressing economic cares, how to occupy the leisure, which science and compound interest will have won for him, to live wisely and agreeably and well.”

We still have thirteen years to go before we reach Keynes’ prophetic year, but we’re not exactly on the way to it. Americans are working harder than ever.

Keynes may be proven right about technological progress. We’re on the verge of 3-D printing, driverless cars, delivery drones, and robots that can serve us coffee in the morning and make our beds.

But he overlooked one big question: How to redistribute the profits from these marvelous labor-saving inventions, so we’ll have the money to buy the free time they provide?

Without such a mechanism, most of us are condemned to work ever harder in order to compensate for lost earnings due to the labor-replacing technologies.

Such technologies are even replacing knowledge workers – a big reason why college degrees no longer deliver steadily higher wages and larger shares of the economic pie.

Since 2000, the vast majority of college graduates have seen little or no income gains.

The economic model that predominated through most of the twentieth century was mass production by many, for mass consumption by many.

But the model we’re rushing toward is unlimited production by a handful, for consumption by the few able to afford it.

The ratio of employees to customers is already dropping to mind-boggling lows.

When more and more can be done by fewer and fewer people, profits go to an ever-smaller circle of executives and owner-investors. WhatsApp’s young co-founder and CEO, Jan Koum, got $6.8 billion in the deal.

This in turn will leave the rest of us with fewer well-paying jobs and less money to buy what can be produced, as we’re pushed into the low-paying personal service sector of the economy.

Which will also mean fewer profits for the handful of billionaire executives and owner-investors, because potential consumers won’t be able to afford what they’re selling.

What to do? We might try to levy a gigantic tax on the incomes of the billionaire winners and redistribute their winnings to everyone else. But even if politically feasible, the winners will be tempted to store their winnings abroad – or expatriate.

Suppose we look instead at the patents and trademarks by which government protects all these new inventions.

Such government protections determine what these inventions are worth. If patents lasted only three years instead of the current twenty, for example, What’sApp would be worth a small fraction of $19 billion – because after three years anybody could reproduce its messaging technology for free.

Instead of shortening the patent period, how about giving every citizen a share of the profits from all patents and trademarks government protects? Patent owners would want to contact a patent lawyer to discuss the change in profit before anything is edited. It would be a condition for receiving such protection.

Say, for example, 20 percent of all such profits were split equally among all citizens, starting the month they turn eighteen.

In effect, this would be a basic minimum income for everyone.

The sum would be enough to ensure everyone a minimally decent standard of living – including money to buy the technologies that would free them up from the necessity of working.

Anyone wishing to supplement their basic minimum could of course choose to work – even though, as noted, most jobs will pay modestly.

This outcome would also be good for the handful of billionaire executives and owner-investors, because it would ensure they have customers with enough money to buy their labor-saving gadgets.

Such a basic minimum would allow people to pursue whatever arts or avocations provide them with meaning, thereby enabling society to enjoy the fruits of such artistry or voluntary efforts.

We would thereby create the kind of society John Maynard Keynes predicted we’d achieve by 2028 – an age of technological abundance in which no one will need to work.

Reich’s focus on Basic Income is important for U.S. politics, because, although a significant grassroots movement for it is growing in the United States, and public support for the idea is increasing, it is still far outside the centers of power. Reich is the first major U.S. politician in decades to make such a strong endorsement of Basic Income. He has linked basic income to labor market uncertainty, to climate change strategy, and to automation. His choice to make it the focus of his Labor Day column indicates that he believes this policy is a central strategy to supporting workers in a difficult labor market.

For additional info about Reich and the basic income see these two articles: