On the 26th and 27th of June 2015, in Badia Fiesolana, Florenza, Italy, a conference in Italy attempted to answer one complex question: what is the future of Basic Income (BI) research? The conference at the European University Institute approached this question through a variety of lenses, from philosophy to economics, and attempted to intersect these various disciplines. 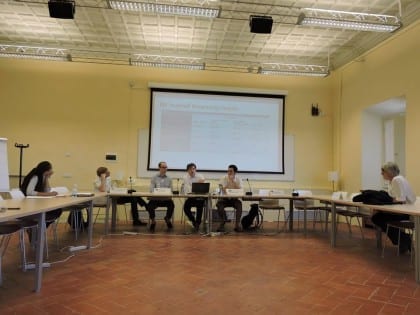 “Moving away from purely normative justifications, there has been an increasing attention to topics at the intersection of philosophy and economics within the literature”, the event topic summary reported.

The event was organized by Max Weber Fellows Robert Lepenies and Juliana Bidadanure, as well as other professors interested in the BI concept, according to the conference schedule.

Other covered topics included the political feasibility of BI and the implications of BI activism on research about the subject.

The conference included papers that were selected from a competitive call for abstracts. In total, there were 22 papers discussed. An abstract of an accepted paper entitled “Basic Income, Direct Cash and Normative change” argues that the BI model empowers the poor.

“Several studies and experiments show that DC is a cost-efficient way of ensuring long-term improvement of living standards, as the monetary support is invested in housing, health, education, improves employment prospects, and supports positive and peaceful political transformation. The novelty of DC lies however also in the way it treats aid recipients: as autonomous, not passive beneficiaries”, that abstract resumed.

On the second day of the conference Philippe Van Parijs and Yannick Vanderborght’s new book on basic income was discussed.