Claudia and Dirk Haarmann, “Relief through cash: Impact assessment of the emergency cash grant in Namibia” 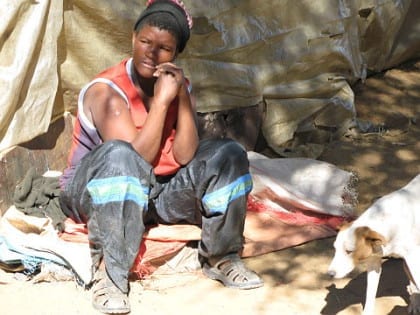 This report examines the impact of an emergency cash grant distributed by churches in Namibia modeled on the Basic Income Grant Pilot in Otjivero. During the 2012/2013 summer months, the precipitation deficits varied between 20% and 90%, which resulted in one of the worst recorded droughts in Namibia that left 36% of the population food insecure. The cash grant’s impact was significant and life saving. During the baseline, 63% of people involved suffered from insufficient food daily or at least once a week. Following the grant, 77% of people did not lack food during the month Individuals used the remaining 40% of the money to meet health related expenditure, to invest in schooling and farming. Prior to the project, about 60% surveyed preferred cash over food aid or fodder for the animals, after five months of receiving the grant, this figure rose to nearly 95%.
Claudia and Dirk Haarmann, “Relief through cash: Impact assessment of the emergency cash grant in Namibia” BIG Coalition Namibia, July 2015.