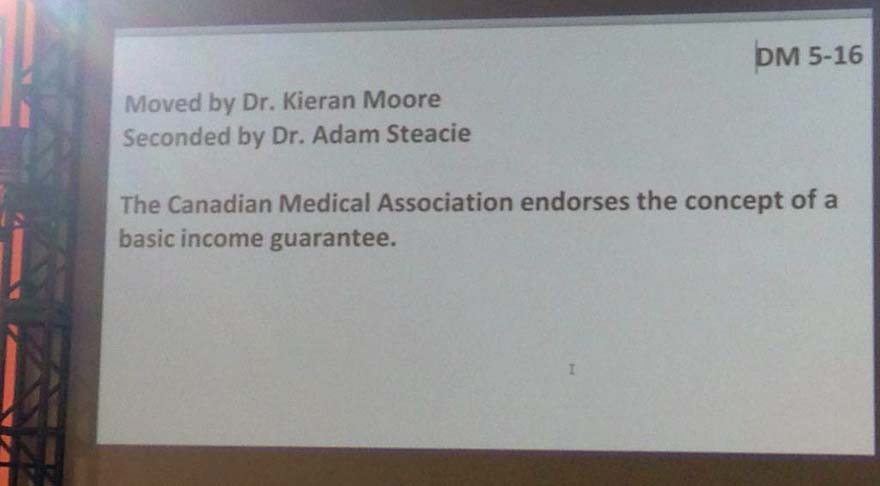 Shortly after 178 physicians in Ontario signed a letter to Ontario’s Minister of Health requesting a basic income, the Canadian Medical Association as a whole decided to endorse the idea at its General Council.