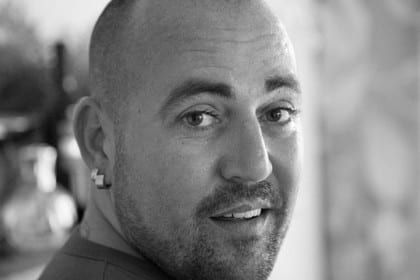 Hammann sadly passed away 1st May 2015. Enno Schmidt, Hamman’s friend and fellow activist, has made an obituary film: ‘…For Nico’.  The language is German subtitled in English. Here are some extracts of Hamman’s words from Schmidt’s film:

“I’m a trained natural-stone tiler, and worked on building sites as a construction worker, as polisher. Then I got sick, suffered a hernia and was fired immediately. I had to find something new. This brought me to industrial building maintenance – I cleaned air-duct and was mobbed. I saw how badly people are treated, and labour laws simply misused. …When I started fighting back, I had a severe heart attack…….Then I came across Basic Income Guarantee.”

“But when they laughed and pointed at us, saying ‘These people and their crazy ideas!’, that just motivated me to collect more signatures. I wanted to show: ‘hey, things can be different! There are other ways.'”

Leave a comment Obituary
The views expressed in this Op-Ed piece are solely those of the author and do not necessarily represent the view of Basic Income News or BIEN. BIEN and Basic Income News do not endorse any particular policy, but Basic Income News welcomes discussion from all points of view in its Op-Ed section.