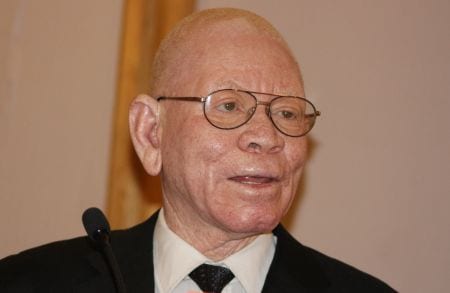 The Namibian Minister for Poverty Eradication and Social Welfare, Zephania Kameeta, has confirmed in an interview that his government is ‘strongly considering’ a Basic Income grant, adding that his ministry is in the process of finalising a concept paper on the issue.

Kameeta is a longtime proponent of Basic Income and former chairperson of the Namibian BIG Coalition. He was appointed Minister for Poverty Eradication and Social Welfare in March this year, sparking hopes among Basic Income advocates of progress towards its implementation.

However, the Minister did not make clear whether this would be Basic Income, i.e. an unconditional, universal payment, or if it would be restricted to the poor and/or those not on other government benefits, a policy known by the similar title, Guaranteed Minimum Income. The Minister has previously advocated giving grants only to those below 60 who earn below the tax threshold of N$50,000, leading to some confusion. Kameeta said his ministry was in the process of finalising a paper on the issue, which will probably clarify those questions.

The Namibian BIG Coaltion has challenged the Minister and President Hage Geingob to introduce a Basic Income of N$200, with newly elected chairperson, Wilfred Diergaardt, arguing that it would cost only 5 to 6% of the national budget to do so. The Coalition previously ran a Basic Income experiment in the Otjivero-Omitara district, with very positive reported results.