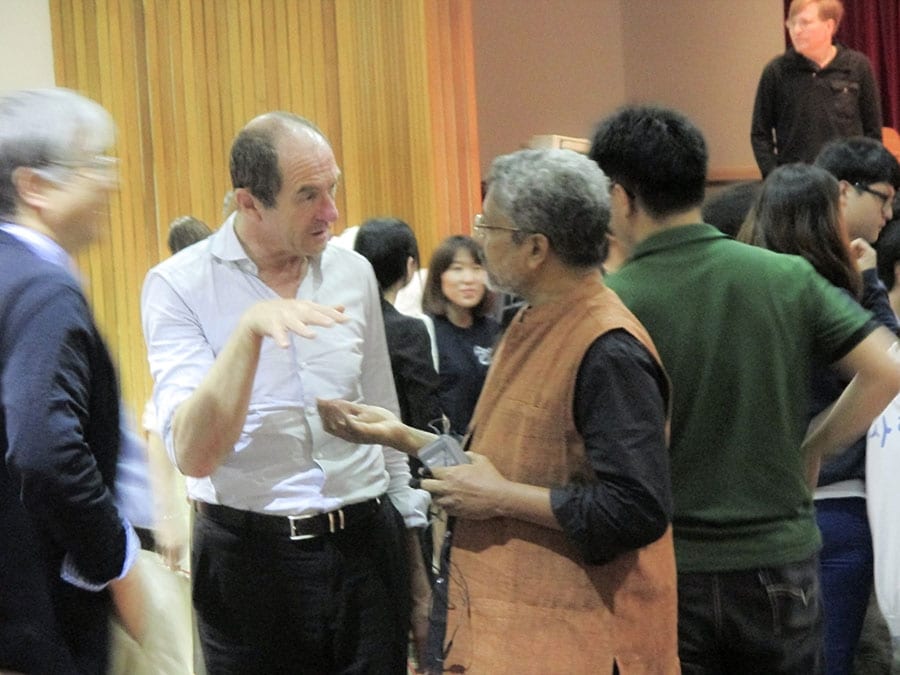 On June 19 and 20, basic income activists from around the world met in Seoul to discuss the prospects of future basic income programs and the results from recent experiments. In South Korea, an unconditional basic income is only embraced by members of academia, Green Party Chairman Kim Jho Kwang-soo, and the mayor of Seongnam, Jae-myung Lee, but public support is growing for a youth dividend based on the basic income. At the conference, Tsinghua University professor Cui Zhiyuan expressed a belief that China could eventually adopt a universal basic income and that such an action was necessary to guarantee China remains a “social country”. Sarath Davala, author of Basic Income: A Transformative Policy for India, also reported that a pilot program testing out the basic income in India was a success, reducing debt for families and increasing the time children, especially girls, spent in school.

For more information on International Congress on Basic Income in Korea, see: