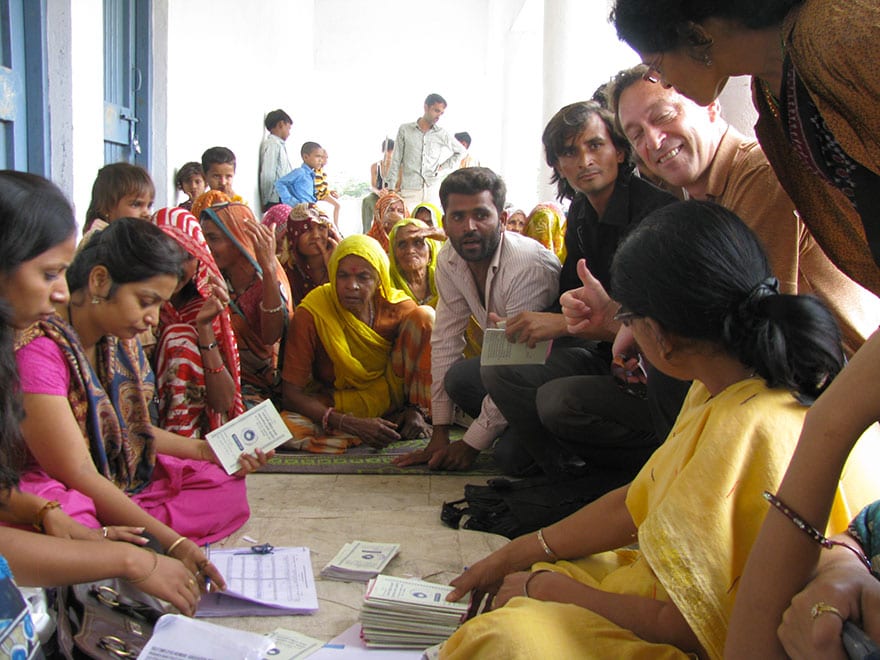 Over more than a year, India’s Self Employed Women’s Association (SEWA) with support from UNICEF has been conducting a cash transfer pilot project in rural villages. They have just released some of their preliminary findings, and results are extremely encouraging.

The study was conducted in 20 rural villages in India. Adult residents of 8 of those villages received a cash transfer of 200 Rupees (about US$3.75) per month. Children received 100 Rupees. Residents of the other 12 villages were observed as a “control group” as in a medical trial. The money was distributed unconditionally. Residents were told they could do whatever they wanted with the money.

Positive results were found in terms of nutrition, health, education, housing and infrastructure, and economic activity. The researchers found that the cash transfer group spent significantly more on eggs, meat, and fish than the control group. Researchers found a positive impact on health and access to medical treatment. The most visible impact of the study was on educational attainment. Researchers found increased spending on school-related items such as school uniforms, school fees, shoes for school, books, school supplies, and private tuition. School attendance in the cash transfer villages shot up, three times the level of the control villages. Performance in school improved significantly relative to control villages. There was increased investment in housing, such as the installation of in-door plumbing. Twice the number of cash transfer households started new activity over the study period as those in non-cash transfer villages.

SEWA has released a video explaining the results and including interviews with participants in the study. Watch it here.