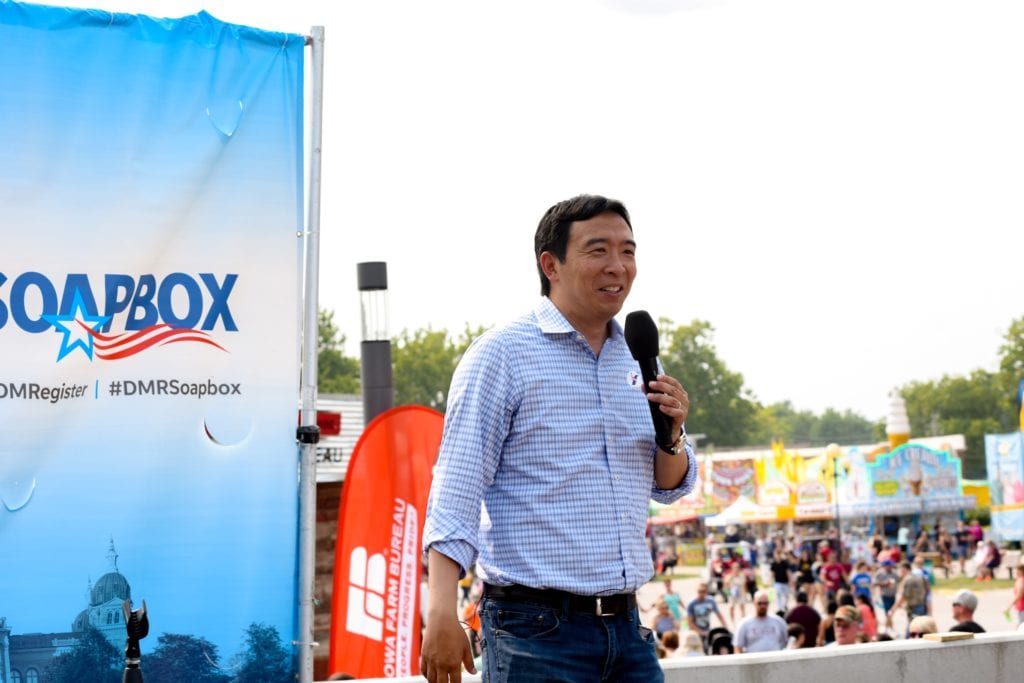 Andrew Yang, a democrat running for president, former entrepreneur and CEO, and author of “The War on Normal People”, addressed the crowd at the Political Soapbox explaining his program.

He stated that one problem he identified lies in the fact that you need to move from places like Iowa in order to be able to find better career opportunities but, he said, there should be something better to do for young people rather than to move to Wall Street to make a lot of money for themselves. Ideally, after graduating from college, people would find a job, or build businesses, in the communities in which they are born and raised. An undergraduate should be able to volunteer, and make a living wage or better in his state, but nationwide people are required to move in order to pursue working opportunities.

This is the reason why he founded Venture for America in 2011, a non-profit with the aim of providing funds to top graduates and allowed them to take part in promising start-ups in developing cities around the U.S. But then he realized that this was not enough. There was a structural problem in the job market, and funding Venture for America alone was like “pouring water in a bathtub with a hole”.

He uses the example of some of the most common jobs in America – retail and sales, truck driving, and food prep. Automation is going to hit them all, with self-driving trucks already being tested in the field, moving in strict formation in order to optimize costs – a driving arrangement called platooning – and that expected savings from automation will be in the order of $168 billion per year in the freight industry.

Call centers will not be spared from automation, automated kiosks at McDonald’s will soon be more widespread, and 30% of malls will disappear in the next four years, due to Amazon gaining more and more of the market. The transformation will make many jobs obsolete, while stripping value from the many and concentrating it into the hands of a few.

Automation, if not dealt with appropriately, comes at a great cost, and people need to act together as a society to counteract the potential disruption brought by A.I.

In order to do so, Andrew Yang presents the three pillars of his campaign:

1)A $1,000 freedom dividend for each adult (which is a form of Universal Basic Income). Value is being hoovered up by the richest people, with the recent $1.5 trillion tax cut being spread unevenly, as only 6% went to workers. The time of trickle-down economics should come to an end, he says, and it should be substituted with trickle-up economics; money should move the other way around, from families and communities up. The economy is up to $19 trillion dollars, with an increase of $4 trillion in just the last ten years, and the Freedom Dividend is something feasible, he maintains.

2)Medicare for all, as healthcare costs are the number one cause of bankruptcy. People should be able to worry only about getting better, not about how to pay for it.

3)A new American Scorecard, which is a way to measure things differently than GDP does. This would include new indicators including well-being, mental and physical health, not only economic figures. This would also have an instrument which could account positively for motherhood work and parenting, and not for national defense expenses. 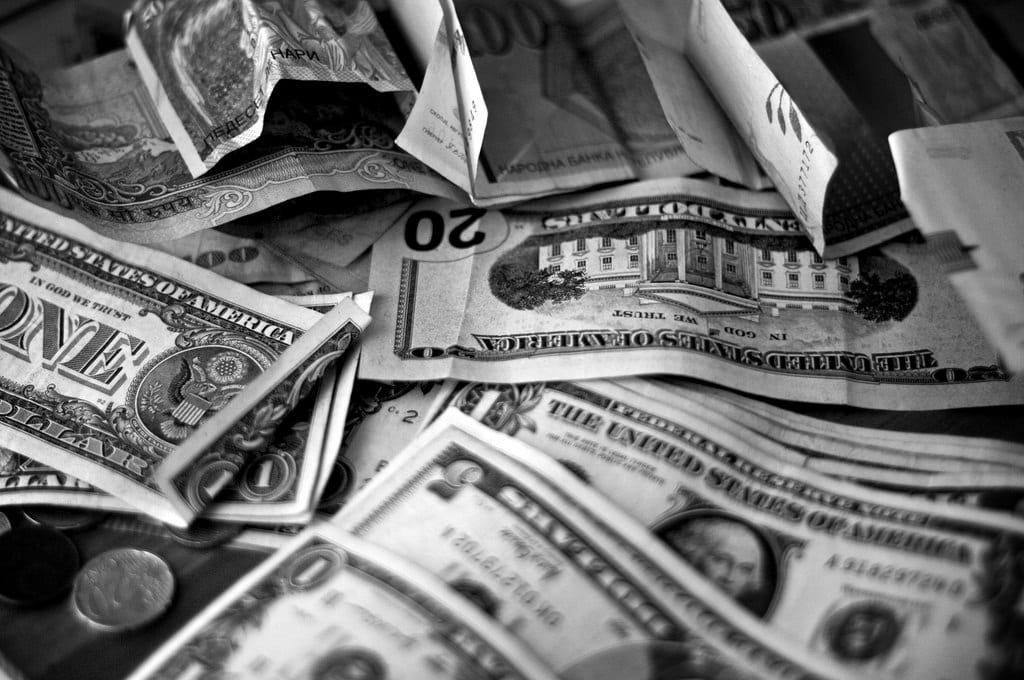 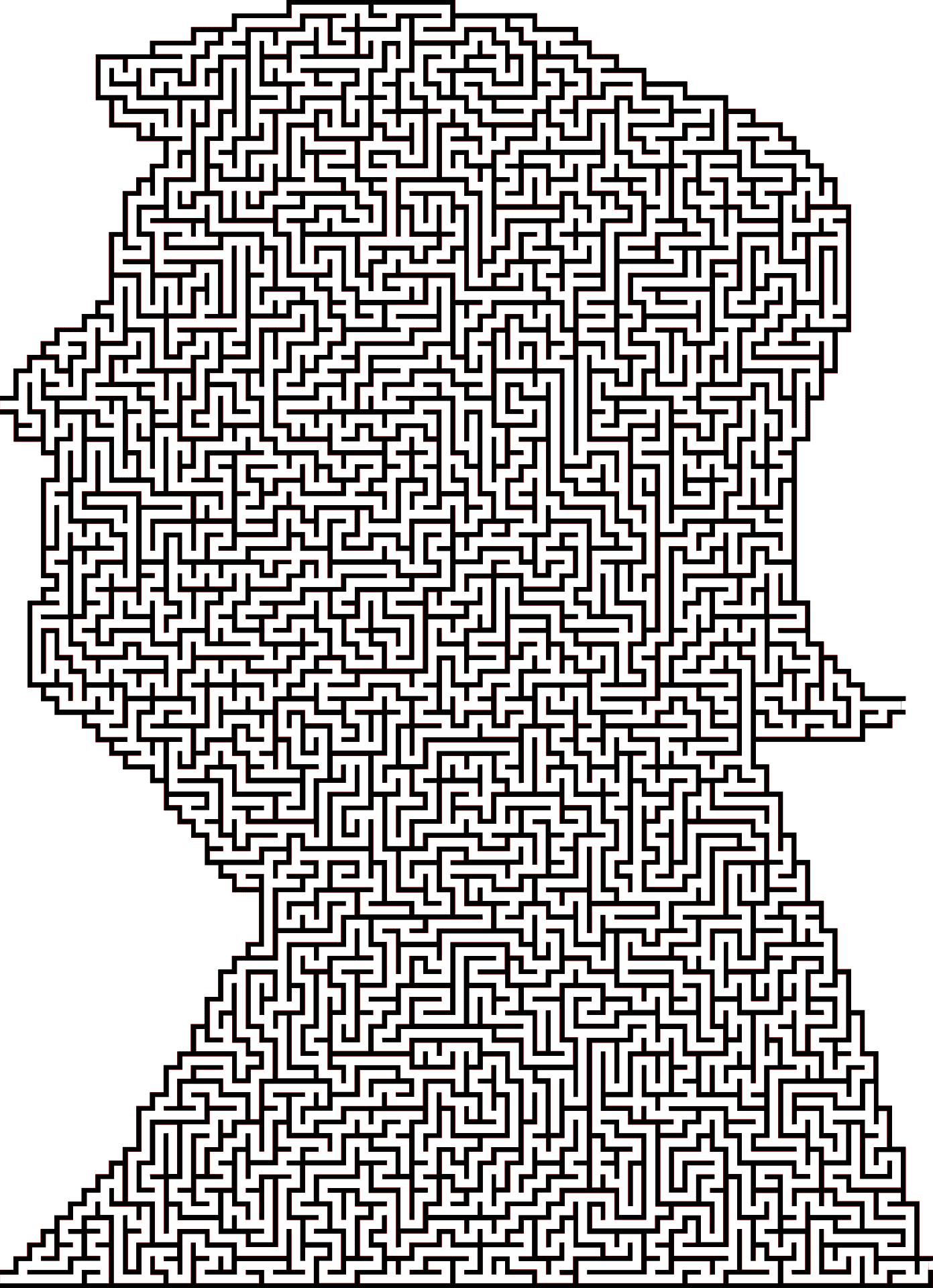 On the TriplePundit website, RP Siegel asks if a Trump administration might promote a Universal Basic Income in the United States. He writes that, while supported by progressives, UBI may eventually be endorsed by the decidedly non-progressive Trump to make good on campaign promises to restore working class economic security.

Citing support for UBI on both the right and left and Trump’s constant unpredictability, Siegel asserts “anything is possible” with regard to this new republican president and UBI.

Regarding the cap and dividend bill currently before the US Congress.

Regarding the cap-and-dividend bill currently before the US Congress.