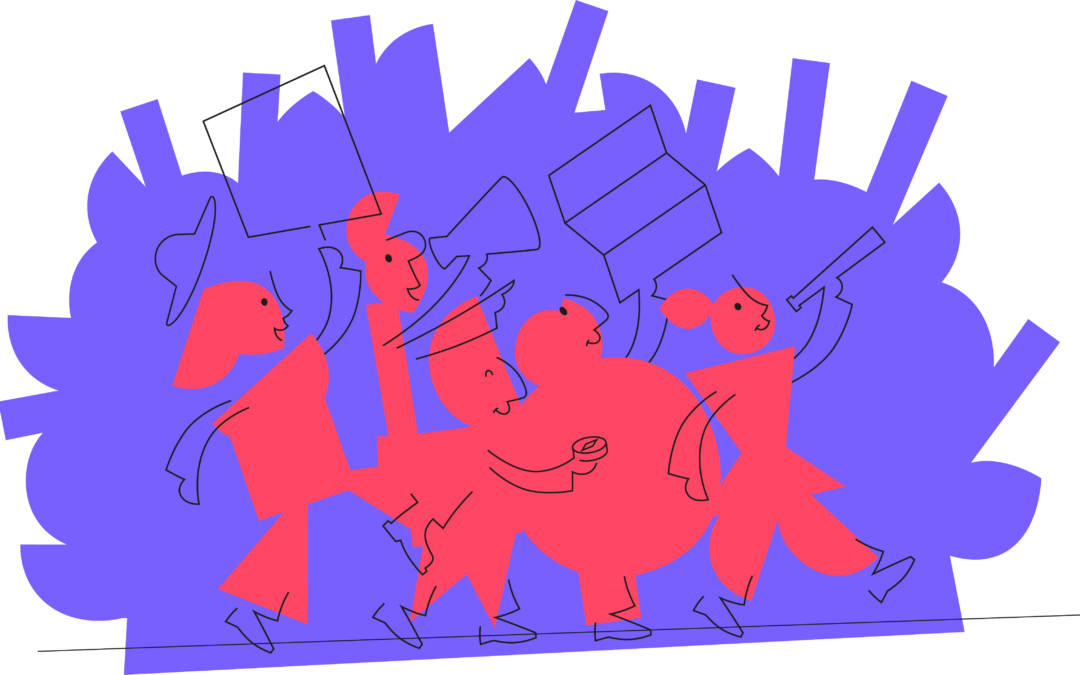 More and more people feel that universal basic income (UBI) could change our society for the better. But how can we make that happen? In Germany, Berlin-based association ‘Expedition Basic Income’ (Expedition Grundeinkommen) recently launched a large country-wide campaign to start a UBI experiment with 10,000 participants – financed by the state and academically companied. So far, more than 50,000 people have registered on the campaign website.

The initiative ‘Bring Basic Income To The State’ was launched by Expedition Basic Income (Expedition Grundeinkommen) at the end of February with a question to all German citizens, spread via the association’s website, mailings, partners within the German UBI community, social media, and the press:

Do you want your city or municipality to participate in a nation-wide UBI experiment?

Every German citizen can answer this question by registering on the association’s website. Wherever at least 1% of the population express their interest, the Expedition Basic Income is going to start local referenda to enable the cities and municipalities to participate. The totality of all ‘test cities’ can be thought of as a globally unique research laboratory on basic income.

Valuable insights on UBI via a scientific approach

According to the plans, 10,000 people in Germany are supposed to receive a monthly basic income of about 1,200 euros for three years, starting in 2023. For this experiment, the association is working with renowned research partners in Germany, including the German Institute for Economic Research (DIW) and the Freiburg Institute for Basic Income Studies (FRIBIS), to analyse the effect, acceptance and feasibility of different variants of unconditional basic income, whereby also exploring empirical findings on UBI financing.

With the scientific findings and insights from the study, it will be much easier in the future to discuss the impacts of universal basic income on people and the community: Ideally, the question will no longer be if a basic income can be financed at all, but how this could be possible.

People power is the campaign’s key

The Expedition Basic Income was founded in 2019 by UBI advocates Joy Ponader and Laura Brämswig. Their mission is to initiate Germany’s first publicly financed UBI experiment together with all the people who are enthusiastic about or interested in basic income. The country-wide campaign is not their first endeavour; previously, Expedition Basic Income has launched similar initiatives in several federal states, including the country’s capital Berlin, where more than 30,000 people signed for a regional experiment in autumn 2020.

The citizens in Germany’s cities and municipalities are the campaign’s front and centre: In addition to the online call, local teams of volunteers will be formed in the cities and municipalities to autonomously organize the referenda. In co-creative participation processes, German citizens will also be involved in the experiment’s design. This approach is unparalleled: So far, most experiments have been initiated by the government or private institutions. The campaign of Expedition Basic Income is the first to initiate a publicly financed experiment using referenda.