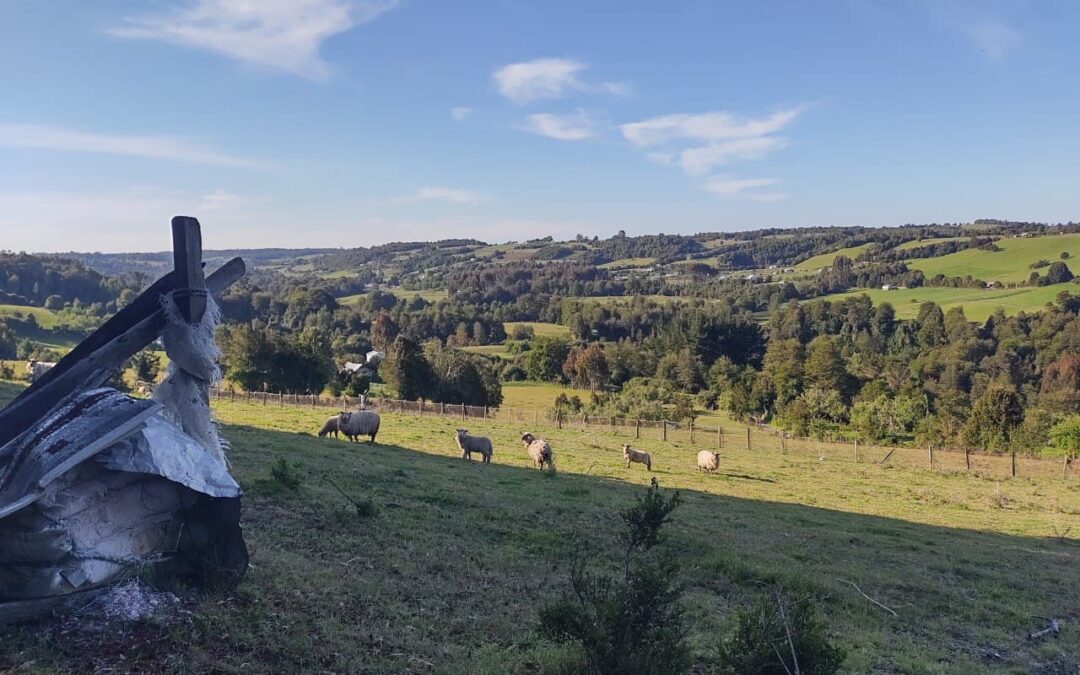 A spanish version can be found here.

A silent division between the rural and the urban has been rapidly deepening in recent decades in our country. The recovery of the rural world as a space for full and dignified life has been postponed for too long. Since the times of the Agrarian Reform, there has not been a project in Chile to take the countryside out of its deterioration as the country’s “backyard” at the service of the export-oriented agro-industry, energy production and reception of waste from the city, a role to which it has unfortunately been relegated.

Non-urban areas offer the possibility of facing the great challenges of our time: those who inhabit them can take care of the biodiversity of their territories, defend them from damaging extractive projects and dedicate themselves seriously to developing projects of food sovereignty.

But all this is possible only with a minimum level of economic security. This key element would allow, for example, to break the dependence on agribusiness or industries as harmful as salmon farming in the southern coasts of our country. This model has disrupted populations that had had little previous access to money, entramping them in precarious and dangerous forms of work. A Universal Basic Income could be a first step to strengthen the position and possibilities of rural inhabitants to make other life projects a reality.

A practical way in which the implementation of a Universal Basic Income could recognize this historical debt and urgent transformation project would be by prioritizing provinces or regions with a high proportion of rurality for its roll-out. This would allow an early evaluation of the effects of this policy in revitalizing local economic circuits that in many cases are completely depressed, as well as encouraging a return to the countryside of people who perhaps cut off their relationship with their ancestral territories due to the need to have cash. but they still have the tools, the possibilities and the desire to make life outside the city something meaningful.

It would be an opportunity for the flourishing and recovery of activities such as eco and small-scale agrotourism, non-invasive grazing, or the cultivation of grains, fruits or vegetables that have been lost because they do not fit with the agro-exporting model, but that strengthen and enrich our bio-food heritage. It could also stop the urgency of deforestation by increasing the arable areas for commodities such as forest plantations in the south of the country. It could, in short, break with vicious circles that have undermined the social-ecological foundation of much of the Chilean territory due to the urgency of having income (often very low) on a day-to-day basis.

Having a resilient countryside is essential for a society that is entering the period of most important ecological transformations since the emergence of the modern human species. Challenges as important as increasing drought and desertification can be better faced if those who inhabit these territories in crisis have a guaranteed income.

In sum, leaving an urban-centric perspective makes the potential positive effects of having a UBI in Chile even more evident, and its implementation more urgent.