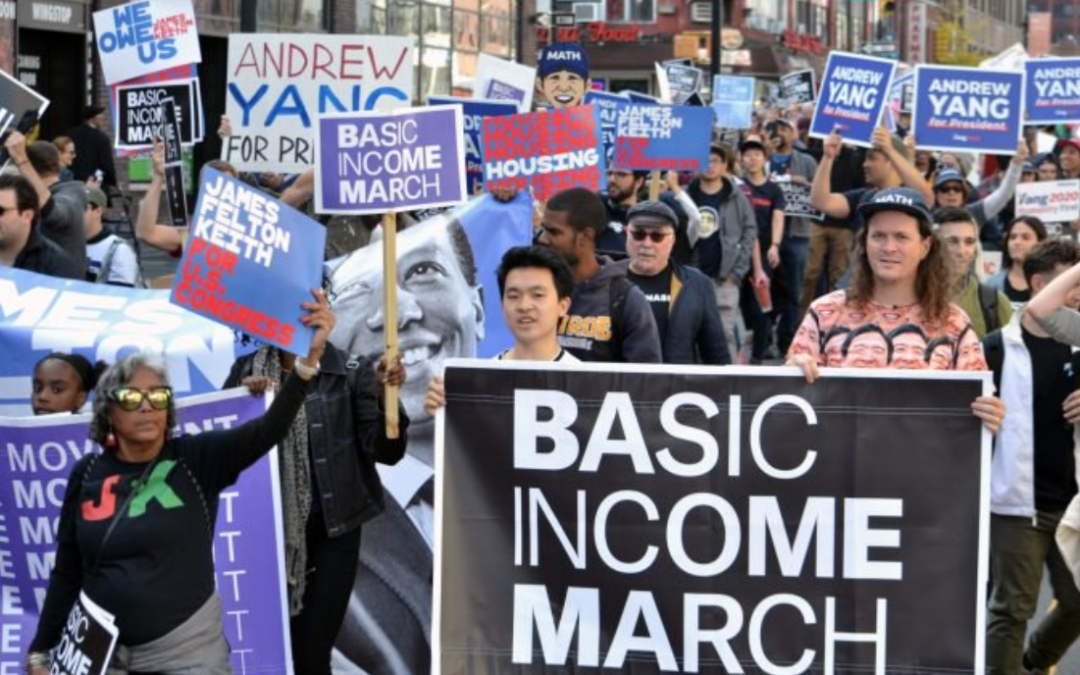 Even in a pandemic, basic income advocates are finding creative ways to bring attention to basic income. The Basic Income March organizers are partnering with an application to allow activists to march for basic income around the world and possibly set a record in the process.

With the goal of achieving 50 million steps, enough to “circumnavigate the globe,” this year’s march on September 19 is partnering with the WATT mobile application. Marchers can use the app now to start counting their steps to “express solidarity for the cause.”

At the same time, there are 35 cities organizing in-person basic income events around the world. For example, there are bike parades, street corner protests, and even interactive art installations in support of basic income.

WATT is described as “the world’s first platform for virtual marches and charity walks.” The application allows marchers to select a cause they believe in and count their steps for the cause on their mobile phone from anywhere in the world.

Income Movement co-founder Stacey Rutland said she felt there was a need for organizing grassroots energy in the United States around basic income, so she organized a march in October 2019.

“The first march was a huge success. Within six weeks we were able to get it up and running and have thirty cities across the globe participate,” Rutland said.

The success with the first march convinced Rutland that there was a “hunger” for basic income grassroots activism. However, with the rise of the pandemic, Rutland had to find new ways to organize demonstrations for basic income.

“The ability to physically march quickly went out the door, but the need for public demonstration was pretty significant because of the dire economic circumstances that people found themselves in,” Rutland said.

These circumstances allowed Rutland to look closer at digital options as she strived to create a “marriage of the digital world and the physical world.” This brought Rutland to connect with Kalyan Gautham, the CEO of WATT.

Gautham said his goal with making the app was to “digitize events of solidarity such as marches and charity works so that people from across the world can participate in these events without having to travel to a different location.”

WATT’s development started before the pandemic, but the app became far more urgent once social distancing restrictions became a reality.

On the app, marchers can share videos and pictures of themselves marching, while pledging a certain number of steps for the cause. This allows activists to plan a unified and continuous demonstration around the globe with clear data on the size and persistence of the marchers. Each participant can challenge others to take more steps and even create micro events within the demonstration.

After Andrew Yang dropped out of running for the Democratic nomination for President of the United States, Rutland said it is important for basic income advocates to transition to a new stage of activism.

“The primary goal for 2020 from our perspective at Income Movement is to move from a single candidate movement to a long-term movement,” she said.

For Rutland, the pandemic has been a “horrific” experience for many low-income individuals in the United States around the world. She said a possible silver lining is that it has “brought to the surface for a lot of people the need to rethink how our economy works” so these long-standing issues can finally be addressed.

“What we hope is for the march to be something that’s fun, that’s exciting and that doesn’t feel like work but feels like a celebration while also creating an impact,” Rutland said.