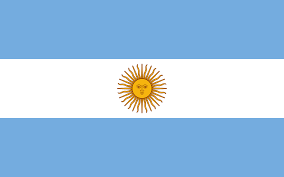 Argentina presented the first confirmed case of Covid19 in the first days of March. On the 20th of that month, the national government ordered the Compulsory Social Isolation (ASO) of the entire population, the suspension of classes at all levels, and the suspension of most economic activities except those considered essential (mainly linked to the production and distribution of food, hygiene elements and health inputs, energy production, security services, health services). Although the activities exempted were gradually expanded, and a process of partial resumption of these activities has begun in some territorial areas, most of the population, and in particular those concentrated in large urban centers, remain in isolation. The last presidential announcement extended the isolation until June 28th, though authorizing to open up almost all activities in those Provinces with good COVID performances

In addition to these health measures, the government has implemented a series of actions to compensate for the loss of income resulting from the total or partial paralysis of economic activities, both at the level of individuals and companies[1].

As for the policies aimed at individuals, it was decided to pay an extraordinary bonus (of $3000, equivalent to approximately U$45)[2] to those beneficiaries of the Universal Allowance per Child, the country’s main conditional cash transfer program, which currently has nearly 4 million beneficiaries. In addition, a bonus of the same amount was granted to beneficiaries of the minimum retirement, within the contributory system.

For the active working population, it is assumed that those with registered wage-earning employment continue to receive their wages even when activities are paralyzed, although evidence shows multiple situations of dismissal, termination of temporary contracts, suspensions and lowering of wages, the latter backed by an agreement between business leaders and trade union representatives. The focus of national public policy was on compensating unemployed people, those in informal employment and the lower income self-employed (single-income earners in the two lowest income categories). For this population, the Emergency Family Income (IFE) was implemented, a fixed amount benefit ($10,000 Argentine pesos, equivalent to approximately U$150)[3].

Potential beneficiaries had to register in an open registry for that purpose, and were assessed to verify their asset situation, that they were not receiving other income, and that they were not receiving more than one income per family unit. Having registered 11 million people, the benefit was initially granted to almost 8 million people. Cases of people whose applications were rejected are currently being reviewed (thus the total number of beneficiaries could be increased). Additionally, although the benefit was announced only once (to be paid during the month of April), the payment has been extended in May and perhaps will also be in June.

For companies, the government announced the implementation of the Emergency Assistance Program for Work and Production, whose components are being modified over time, but which basically includes i) the reduction of social security contributions during the month of April; ii) a compensatory salary allowance, which implies the payment by the State of 50% of the salary of workers in a dependent relationship in the private sector, for a minimum amount equivalent to the minimum living and mobile wage, and a maximum amount equivalent to double that value[4]; iii) the granting of credits at subsidized rates for the payment of salaries[5]; iv) the granting of credits at no rates to single-income earners in higher income categories and self-employed workers[6].

There is also no evaluation of the effectiveness of these measures, but there are multiple testimonies of the difficulties in their implementation. In particular, the payment of the IFE was successively postponed, in particular because of the difficulty of carrying out the transfer to a population with a much lower level of banking penetration than that estimated by those who manage the policy. Similarly, the payment of salary compensation to private sector workers, which should have taken place in the first days of May, is hampered by the lack of information from the companies on the banking details of their workers (which presupposes the extension of forms of payment of remuneration outside of the banking circuit).

Finally, to the extent that the ASO situation extends and the economy remains virtually paralysed, the inadequacy of these measures will become more apparent.

In this context, the debate on basic income has increased notably. On the one hand, we can see the organization of forums on the subject, mostly at the university level, by political associations and groups of political activists. On the other hand, some groups are advancing proposals linked to the emergency and of a temporary nature[7]. Also, statements have been launched to collect signatures in favor of the basic income proposal[8]. Most of these initiatives are collected and disseminated by the Red Argentina de Ingreso Ciudadano (www.ingresociudadano.com.ar)

However, so far there are no initiatives or repercussions in the official sphere, neither in the Executive nor at Parliament. On the contrary, and as previously indicated, the government continues to bet on the distribution of conditional and selective benefits, of a temporary nature and linked to the loss of income due to the measures linked to the covid-19 pandemic.

Argentina is an example of a tension that can be seen in other countries. On the one hand, the debate is growing, tied to the emergency and with proposals for temporary income guarantees. On the other hand, the basic income proposal as part of a structural reform of the functioning of the economy and society is confused and blurred. So far, income guarantees are seen as emergency measures until a return to previous “normality” can be achieved.

[1] A list and summary description of the measures taken can be found at: https://www.argentina.gob.ar/coronavirus/medidas-gobierno

[2] Taking as reference the official exchange rate reported by the Central Bank of Argentina as of April 30.

[4] This benefit is paid directly into the bank account where the workers’ salary is deposited, taking the salary of the month of February as a reference, and in principle for one time only as compensation for the salaries of the month of April. In order to access this benefit, it is necessary to demonstrate: i) To carry out critically affected economic activities in the geographical areas where they are carried out or to have a relevant number of employees infected by COVID 19, in obligatory isolation or with a work exemption for being in a risk group or family care obligations related to COVID 19; and ii) To have invoiced between March 12 and April 12 of the current year an amount equal to or less than that of the same period in 2019.

[6]  Access to these loans has certain credit history requirements (no previous unpaid debts, if any) and is made operational through a credit on the credit cards of those who apply.

[7] An example of such proposals can be found here: https://ipypp.org.ar/descargas/2020/Hacia%20un%20salario%20universal.pdf