The Netherlands: Income Assistance for the Self-Employed and the Push for UBI 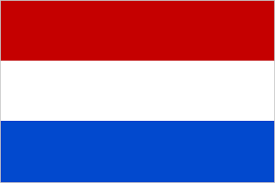 After the 2008 financial crisis, thousands of individuals who applied for unemployment benefits – known as Bijstand – had to sell their homes before they were able to qualify. A notable feature of the new arrangement is that an individual’s eligibility is not reliant on whether or not they own a house or have any other assets. This is seen as a step forward for those would like to see the adoption of a Basic Income in the Netherlands.

The new arrangement does not, however, meet the criteria for a Basic Income for a number of reasons. BIEN’s definition of a basic income is a periodic cash payment unconditionally delivered to all on an individual basis, without means test or work requirements. Under BIEN’s definition, a Basic Income has five key criteria: it is unconditional of income, there is no work requirement, it is individual, it is universal, and it is periodic.

It does not meet the first requirement as the new programme only includes individuals whose monthly income has fallen under the national minimum. It meets the second criterion in that there is no work requirement. It does not meet the third, fourth or fifth requirements as it is not individual (as less is paid to individuals in a couple) or universal, and it will only be provided temporarily. It is however quite generous as it is in line with the living wage.

While the new arrangement does not meet BIEN’s UBI criteria, it has helped to give UBI supporters the footing they need to push the Basic Income agenda further. Alexander de Roo, member of the Green Party and chairman of the Basic Income Network Netherlands, has written an open letter to Prime Minister Mark Rutte, calling for the adoption of a temporary UBI in response to COVID-19 and a permanent UBI to be implemented after the general election in March 2021.

The open letter referred to in this article can be found here. (Readers might wish to be aware that ‘Basisinkomen’ as used in this letter does not always accord with BIEN’s definition of Basic Income)