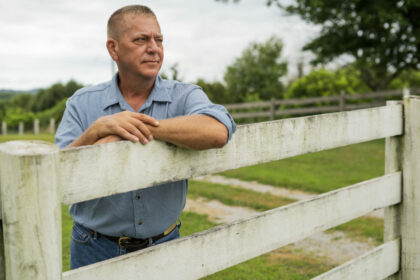 Universal basic income continues to grow in popularity among American politicians. Mike Broihier, running for the Democratic nomination for the Senate in Kentucky, announced via Medium that he will include a universal basic income as a part of his campaign’s goal to “equalize economic opportunity for all Kentuckians and Americans”.

A former Marine, current farmer, and substitute public teacher, Broihier decided to include UBI on his platform due to his son’s interest in the Yang campaign and in how a basic income could ensure economic fairness. As Broihier sought out more education on the arguments for and against basic income, he spoke to Scott Santens, a basic income advocate and former Yang campaign surrogate, who addressed his questions and ended up agreeing to serve as an advisor to Broihier’s Senate campaign.

With Santens onboard, the Broihier campaign will certainly try to generate the enthusiasm Yang harnessed for basic income to push them to the Senate nomination. Running for the right to face Senate Majority Leader Mitch McConnell, Broihier faces competition from other Democratic candidates in what promises to be a contested primary process.

Asked to comment on joining Broihier’s team, Santens wrote: “I’m excited to join Mike’s team to help him defeat Mitch McConnell with a platform of UBI for economic and social justice. After pushing for UBI for years, I’m honored to get the opportunity to now help make the case to the people of Kentucky that UBI is about far more than robots. It’s about building a foundation underneath us all, upon which to build a future of universal opportunity. Our increasingly productive economy should work for each and every individual and community instead of slowly destroying them. Kentucky has powered this country with their natural wealth for 200 years. They deserve better than being abandoned as the country moves towards sustainable energy. Just like Alaskans, Kentuckians deserve their dividend share of their natural resources. It may be two centuries late, but the second best time is now, and I believe Mike is the guy to do it.”

Speaking to Basic Income News, Broihier doubled down on the connection between resources and a basic income, as he mentioned Alaska’s Permanent Fund and similar sovereign wealth fund models as convincing evidence of the need for a basic income. Citing Kentucky’s decades of an “extractive economy” focused on lumber and coal, Broihier argues that Kentuckians should share in the wealth generated by those resources. This thesis of sharing in the wealth generated by shared land is reminiscent of Thomas Paine’s argument for a basic income in Agrarian Justice.

Broihier’s support for basic income fits his larger vision to fundamentally shift the debate on key questions related to economic and social justice. For example, he told Basic Income News that we need to reframe the immigration debate to look through interventions in Central America over the past hundred years to acknowledge the role America played in generating the regional economic system and the migration we see today.

In his post on Medium, Broihier sums up his support for basic income nicely: “If we’re going to pull ourselves up by our bootstraps, it seems to me the first thing we all need is the money to buy boots.”