Thoughts on the British elections and the rise of nationalism 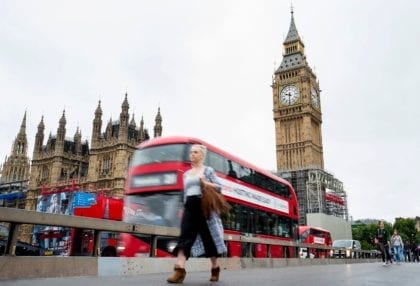 I wasn’t planning to write about the British elections until a friend asked. I’m not confident that I’m right about my conclusions, but here are some disjointed thoughts in no particular order.

1. I hate the parallels between US & UK politics: You get Thatcher-Major. We get Reagan-Bush I. We get Clinton. You get Blair. We get Bush II. Blair does double duty as the British Bush II. You get a group of mendacious, xenophobic, nationalist leaders. We get Trump.

2. Labour’s loss wasn’t just Brexit. It wasn’t just Corbyn. It wasn’t just the party moving to the left. Some of those might have been positive for Labour. It was very complex. The best strategy from here and the right thing to do from here aren’t obvious. I don’t know what’s best. I think a hasty decision would be a mistake.

3. The election only shows a limited amount about people’s Brexit. The 43.6% who voted Conservative were at least comfortable with Brexit, and many Brexit supporters probably voted for other parties as well. So, support is probably still about half the population–depending on what Brexit deal is in question.

4. Brexit was a great opportunity for democracy if people hadn’t made it about who beats who. It appears to be a voting paradox: a majority for Brexit, a majority against any possible Brexit deal, and a majority against no-deal Brexit. It would have been a great opportunity to discuss voting-paradoxes, and to use rank-choice voting to see if there was something we could call a majority preference. Even Corbyn didn’t suggest going that far in his effort to find a middle ground and to use democracy to resolve the impasse.

5. The recent election, like every US & UK election shows what’s wrong with first-past-the-post voting. The rules were in place long before the election. I wish people had talked more about changing them before the election. Some US states are doing that now. It could be a significant step toward real democracy in the USA. But getting the money out of politics is the biggest thing we need to transition to democracy. Maybe not as big a problem in the UK

6. But a significant portion of Brexit support was xenophobia, auslander raus thinking. I don’t know whether trying to be a voice of reason like this would have sold.

7. Nationalism is a much bigger trend right now than just the US-UK parallel (e.g. Brazil, India, Russia, Turkey, Philippines, etc.). All nationalists have to be opposed until they’re defeated. They are not for the nation. Nations prosper when they work together. Nationalist leaders prosper when they make their people afraid. Not when their people thrive. Leaders who do not put humanity first, do not really care about any religious, ethnic, or national group no matter how much they say their putting them first. Those leaders put themselves first.

8. I wish I could enjoy being in the opposition more than I do. I find it hard to take heart as part of a group of billions of underdogs opposing this worldwide trend. I don’t know what works. But I know that nationalist and especially mendacious leaders have consistently failed to deliver in the long run. Leaders who don’t use fact-based reasoning, can’t get the outcomes they want. We don’t know how much damage they’ll do before their failure becomes obvious and how much of that damage will be irreversible. But they will fail eventually. That will be an opportunity. And that’s a reason for optimism.

X. Perhaps, my active support for the Universal Basic Income (UBI) movement keeps me optimistic. UBI is still far from the centers of power, but after watching it stagnate for a long time, I’ve watched it gather strength for more than 20 years. I’ve enjoyed all of the little victories of that movement whether mainstream politics was getting better or worse at the time. So, I guess the lesson is that a good way to keep your morale up is to have something you’re working on that is making progress however small.