The Taoiseach (Prime Minister) of Ireland, Leo Varadkar, has just endorsed a carbon tax in which all funds go to a direct cash dividend. This came in a letter to the Green Party of Ireland and has been confirmed by the press. Varadkar was responding to questions posed by Eamon Ryan during a session of the Dáil (Parliament). Ryan calls for “an increase in [the] carbon tax in which every single cent would go back to the Irish people—a dividend.” Eamon Ryan is the Green Party’s leader in the Dáil (Parliament).

Ryan considers Varadkar’s response to be an endorsement of the Green proposal. The Green Party has issued a press release. In it, they express pleasure to hear that the government likes combining a carbon tax with a cash dividend but stress that they consider alternative energy and transportation to be their highest priority in addressing climate change.

In his address to the Dáil and in an interview on the Irish Times’ “Inside Politics” podcast, Ryan calls for an increase of €20 per ton in the carbon tax, with an increase of €5 per ton each year until it reaches €90 per ton. The tax revenue would be entirely returned to the public as a dividend. (If you consult the podcast, discussion of the carbon tax and dividend begins at 20 minutes and forty seconds).

Illustration posted by Eamon Ryan on his Twitter feed.

“Every single cent that will be raised will be returned with a check in the post.” In the podcast, journalist Hugh Linehan makes it clear that this would be cash that goes directly to everyone in Ireland. Ryan points out that those with lower incomes would come out with more cash than they have to pay in increased taxes. He sees this as a way to avoid a popular revolt against a carbon tax like the one Emmanuel Macron has seen in France. He hopes that this will retire the debate over the carbon tax and achieve larger changes in energy and agriculture. “[The carbon tax and dividend] will deliver maybe five, ten, fifteen, or twenty percent of the change we need.”

The Irish Times is considered the paper of record in Ireland. 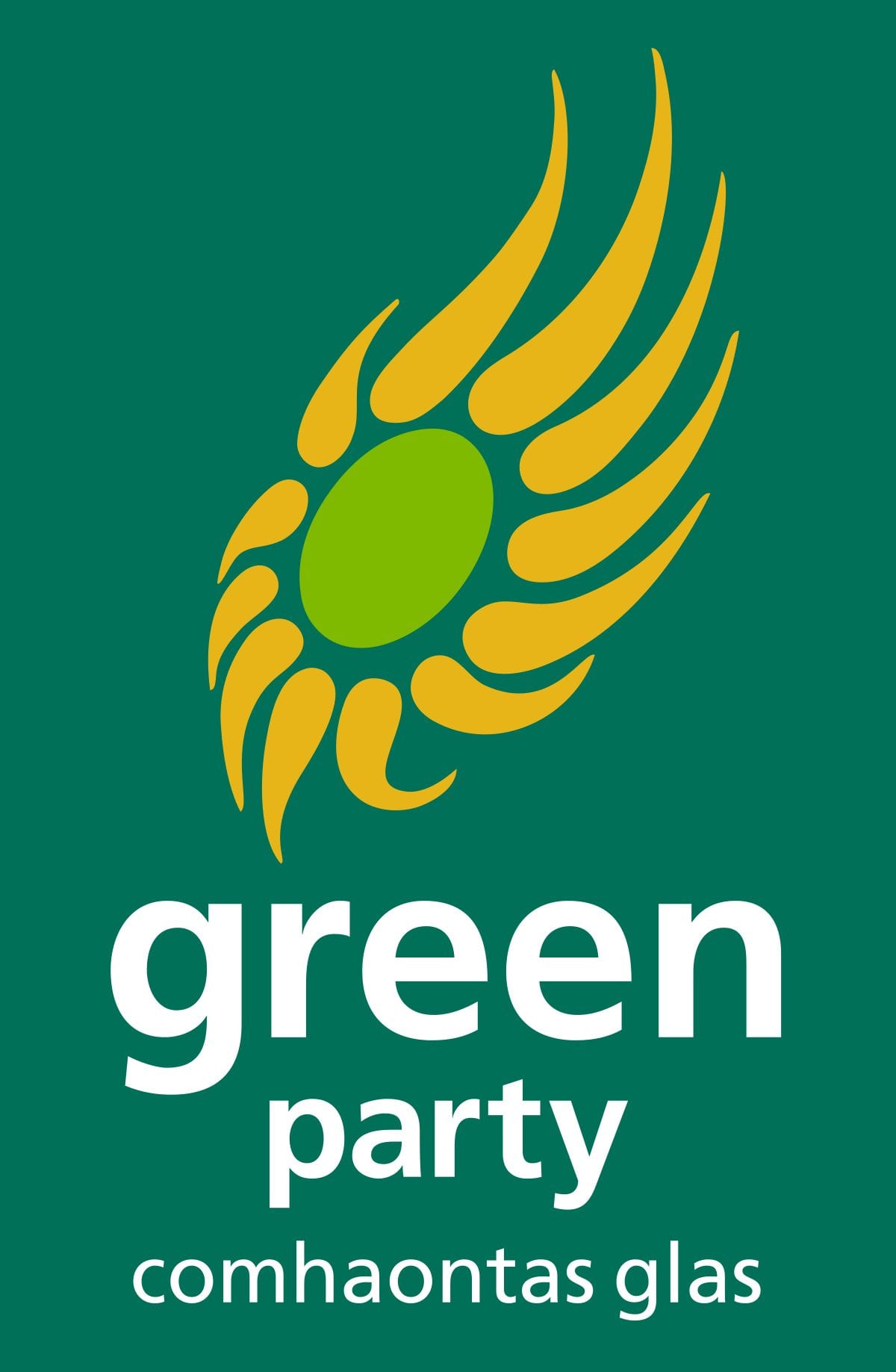 The Green Party (Camhaontas Glas) has two members of the Dáil Éireann. If they gain more seats in the next election, they are considered a likely coalition partner in a future government.

The current government is run by Fine Gael, a party that caucuses with Conservative parties in Europe but seeks to be seen as pragmatically responsive to poverty and ecological issues. Ireland has seen campaigns to prevent increased water charges and to promote public action on housing.

The Irish Times has surveyed government leaders in Ireland who seek to emphasize that carbon tax increases would be “revenue neutral”, returning all funds to citizens as a dividend. The dividend is seen as a way to meet the climate change obligations set by the European Union without harming lower-income people.

A year ago, the Irish Times ran an opinion piece in which Ian Goldin presumes a basic income would be financial destructive and would replace existing programs. Basic Income News columns have demonstrated the method Goldin uses to make his calculation is flawed. The mistake here is to calculate gross costs instead of net costs. This means that basic income can be implemented without cuts in other social provisions. Calculations show that the poverty rate could be brought down to zero if three to four percent of a country’s GDP is dedicated to a basic income.

The idea that a carbon dividend is a basic income has not arisen in the Times or in the debate in the Dáil. The term “basic income” has not come up in the discussion of the carbon tax. This reflects a pattern found elsewhere. If a dividend is debated as an answer to poverty, it faces more scrutiny than if it is debated as a repair for the regressive effect of another policy.

Basic Income Ireland and Social Justice Ireland promote the idea that basic income has emancipatory potential. The idea that three to four percent of a country’s GDP could fund a dividend that abolishes poverty is still not being debated by any of the parties currently in the Dáil.