This essay was originally published in the USBIG NewsFlash in November 2007. 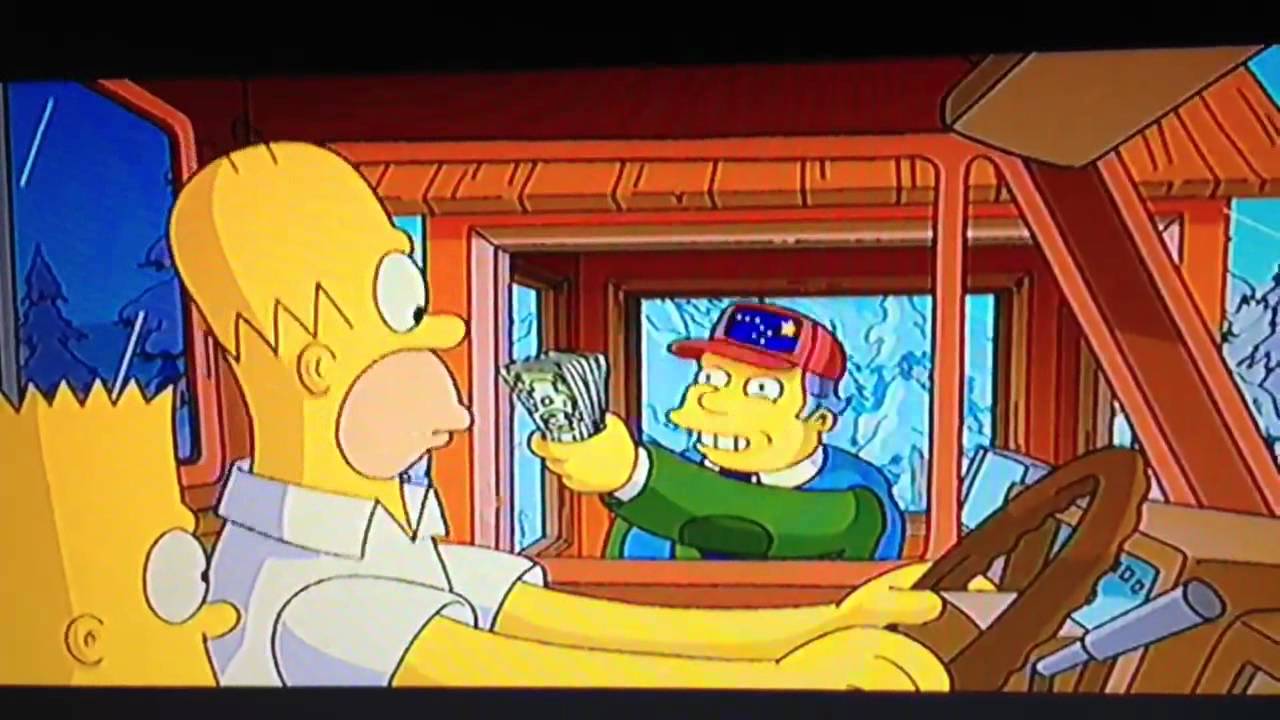 Public awareness of BIG took a small step forward this summer when the Simpsons Movie made a joke about it. Homer and his family are greeted at the Alaskan border by an official who says, “Welcome to Alaska. Here are a thousand dollars. We pay everyone in Alaska to let us destroy the environment.” It’s not the most flattering joke, but it makes a fair point about the oil-based dividend. Although taxes on the extraction of fossil fuels might be a good way to give firms an incentive not to over-exploit them, and although a BIG might be a good thing to do with those revenues for many reasons, a resource-linked BIG might make people more willing to accept environmentally damaging resource exploitation—thus partially counter-acting the exploitation-discouraging effects of the taxes. This is underlying moral behind the Simpsons’ joke, but it was funnier when they said it.

12.5% of state oil taxes go into the APF, which is invested in stocks and bonds. A portion of the returns on the fund is distributed to Alaskans each year. Of course, the Alaskan government does not pay people when they arrive in the state; Individuals must be residents in the state for a full year to be eligible for to receive dividends from the Alaska Permanent Fund (APF). But this is fairly within the confines of the writers’ license for a cartoon.

In one way the cartoon significantly understates the generosity of the APF Dividend. The APF gives the same dividend to every man, woman, and child in the state. Because of recent increases in the stock market to nearly 40 billion dollars, the principal of the APF grew by more than 17.1% for the fiscal year, according to Scripps Howard News Service. Because of this and recent years’ gains, the APF Dividend went up significantly again this year. APF checks this October and November were for $1,654, according to the Juneau Empire. The Simpsons arrived in Alaska with a family of five, and so the border guard could well have said, “Welcome to Alaska. Here’s $8,270.” In other words, the actual figure is eight times more generous the figure mentioned in the movie.

According to the Associated Press, “for many residents, the check is no joke. It means getting caught up on bills and supplementing the income that for some is a week-to-week living in Alaska, where the cost of living is high in part because of its distance from shipping centers in the Lower 48 states.” People who have lived in Alaska since the first Dividends went out in 1982 have received a lifetime total of $27,536 in APF Dividends.

It is doubtful that mention in the Simpsons Movie will spark a campaign for a National Permanent Fund based on resource use throughout the United States. However, Albertans have been eyeing the APF with envy for years. Alberta is a Canadian Province a few hundred miles southeast of Alaska. Alberta has also had large oil revenues, but it lacks a mechanism like the APF to ensure that all Albertans benefit from them.

Allan A. Warrack, of the University of Alberta, writing in The Edmonton Journal on October 15, 2007, called for an Alaska-style dividend for Alberta. The province has a fund based on oil revenues, called the Heritage Fund, which was set up for similar reasons as the APF—to smooth out the province’s gains from the boom-and-bust oil industry. But there is one important difference. The Heritage Fund pays no dividends to individuals. Its earning go solely into the province’s general revenues. According to Warrack, this fact has caused Albertans to take much less interest in their fund than Alaskans. Much less has been invested in the Heritage Fund than in the APF, and Warrack argues, it has been less well managed. Warrack writes, “For about a quarter-century, the Alberta Heritage Fund was static in nominal value, [and] fell in purchasing power due to inflation.” The APF has steadily increased in both real and nominal value.

Warrack mentions that Alberta actually had a social dividend in the 1930s, under the government of the Social Credit party. Although it was short-lived, the dividend was popular. Alberta tried it again with a one-time payment in 2005. Warrack writes, “Some right-leaning citizens viewed the government cash payments favorably because it meant there would be ‘less for the government to waste.’ Some left-leaning citizens favored the payments on grounds of social equity—equal payment amounts meant the needy would get the same amount as the rich, though the value to the needy would be much higher. Still, others said: ‘Just gimme the dough!’” Perhaps someday the joke will be, “Welcome to Alberta. Here are 10,000 Canadian Dollars, eh?”

But even as Albertans envy the Alaska Dividend, Alaska lawmakers are coming under increasing pressure to divert dividend funds into general state spending. Each U.S. state receives a significant amount of funding from the U.S. Federal government based partly on the perceived needs of the state. According to Hal Spence, writing for the Peninsula Clarion and Morris News Service-Alaska, Federal lawmakers are reluctant to give money to the Alaska, when they perceive that it can afford to give large amounts of money away to residents each year. Spence believes this pressure will grow as the APF increases.