This essay was originally published in the USBIG NewsFlash in April 2010. 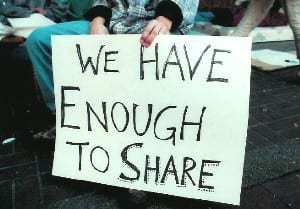 The Associated Press has been reporting that more than 5,000 and perhaps as many as 10,000 Mongolians have been protesting for a resource dividend. Mongolia is a poor nation, currently in the process of developing what appear to be major mineral reserves. Back in 2008, during elections, both of Mongolia’s major parties promised to set up an Alaska-style resource dividend. But the ruling parliament has not so far taken action to do so. The protestors have demanded that the government move forward on its promise. Some are also calling for a crackdown on corruption and the dissolution of the current parliament.

Two stories on the protests can be found online at:
https://www.nytimes.com/2010/04/06/world/asia/06briefs-protest.html
https://www.google.com/hostednews/ap/article/ALeqM5hRaEkUdT6H4un1MakIf4UFNwvmFwD9ESRBVG0