IS BIG WORTH TALKING ABOUT IN THE UNITED STATES TODAY? (from 2010)

This essay was originally published in the USBIG NewsFlash in October 2010. 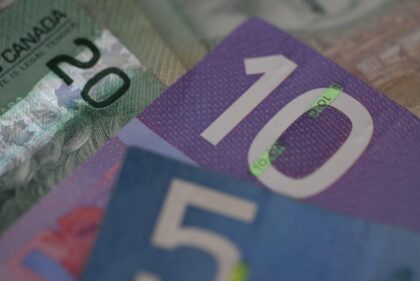 The political climate in the United States has gotten increasingly unfriendly toward the Basic Income Guarantee (BIG). Since 1990s, Democrats and Republicans have agreed that any politically viable approach to poverty must involve forcing the poor to work. But it is not only cash assistance to the poor that is nonviable in the current political climate. It is not only progressive social policy. Left or right, it seems to be that the government lacks the ability to employ any ambitious strategy.

America was once a very ambitious country: the New Deal of the 1930s, the G. I. Bill of the 1940s, the interstate highway system of the 1950s, the space program and the Great Society of 1960s were all hugely ambitious goals pursued with ambitious strategies. More than a century ago, when an earthquake hit San Francisco or a fire hit Chicago, we rebuilt those cities better than ever within a couple years. Today, five years after the engineering failure that caused the flood in New Orleans, large parts of the city lie vacant while the government struggles to get the levees back only to where they were before they failed.

It would be wrong to say that the U.S. government has not taken on any ambitious goals in the last 30 years. It has ambitiously pursued tax cuts for the most privileged Americans, but by doing so it has hampered its ability to ambitiously pursue most other goals it has taken on. Under the Bush administration, the U.S. government took on the incredibly ambitious goals of invading and occupying two foreign nations. But the government has pursued those goals largely with the strategies of long-range missiles in the air and bribes for warlords on the ground, rather than committing resources to stabilize and rebuild those countries. Under the Obama administration, the U.S. government has taken on the ambitious goal of establishing universal healthcare coverage, but it plans to do so by mandating that individuals buy insurance, often from for-profit companies. Whether these goals are good or bad, the ambitiousness of the strategy does not match the ambitiousness of the goal. Meanwhile, we don’t even have the ambition to properly maintain the public transportation systems, highways, and other infrastructure left to us by earlier generations.

And in this climate, BIG supporters want to talk about this hugely ambitious idea to eliminate poverty with an unconditional payment to all citizens. How can this be worth talking about here and now?

The political mood is only a mood. It can change abruptly because most people do not hold firm convictions about politics. True believers on all sides of any political issue might dominate the debate, but most people’s political positions are tentative and subject to change. I cannot predict when and how the political mood will change, but I know that a major change takes people pressing for it, and it takes people being ready with well thought-out new ideas to take us in another direction. We need to talk about BIG now if we want to make it viable later.

The outpouring of enthusiasm for the vague ideas of “change” and “hope” in the 2008 election indicates that the appeal of the ambitionless philosophy that has been dominant for the last 30-years is declining. The most active resistance to the Democrats over the last two years has been made out of the minority who voted against them to begin with. But a significant part of the frustration that might swing the upcoming election is motivated not by some belief that the Democrats have gone too far but by the belief that they have not done enough. It is a sign of continued frustration at the bipartisan lack of ambition that continues to handicap the U.S. government.

As I see it, there are four parts to the BIG model: (1) it’s in-cash; (2) it’s enough to meet a person’s needs; (3) it’s universal; and (4) it is understood as a human right or a right of citizenship. Anything that establishes even one element of this model moves in the direction of BIG.

Looked at in this way, the United States is not as far away from the BIG model as it might appear. Some of the most successful and popular elements in U.S. social policy are cash-based: refundable tax credits; unemployment insurance, Social Security, Supplemental Security Income, and so on. The Food Stamp program functions almost like a cash grant (although with a paternalistic twist), and it is clearly motivated by the idea that everyone ought to have access to food. Social Security—as imperfectly as it works—is clearly motivated by the belief that all people ought to have a financially secure retirement. Despite all the shortcomings of the health care reform law, it helps to establish the idea that all people should have access to health care.

The public school system is an enormous in-kind universal benefit that is not even limited to citizens. Although the system has great inequities, the ideal of universal education is strong. A fully market-based educational system would offer no more than the faith that all parents will somehow find a way to purchase adequate education for their children. It’s not such a big change in mindset to go from the realization that we can’t assume every parent can provide an adequate education for their children, to the question of what makes us so confidently assume every parent can provide adequate food, shelter, and clothing for their children.

Looking beyond U.S. federal government policies, there is an increasing trend worldwide toward the use of in-cash benefits. Alaska’s Permanent Fund Dividend, Mexico’s conditional cash transfer program, Brazil’s Bolsa Familia, and South Africa’s pension system are just a few examples of how well cash grants can work and how popular they can be. All of this experience provides lessons for U.S. federal policies big and small.

There is nothing good about the current recession. But sometimes good things arise out of bad. This recession has reminded many Americans that they are not so different from people in need. Unemployment did not rise from 3 to 10 percent because people suddenly became lazy; the foreclosure epidemic was not caused by a sudden increase in the number of deadbeats. The government has put most of its effort into bailing out the economy from the top down, but there is growing belief among the American public that we should be aiming our policy from the bottom up instead.

What can we do? Two things: we can be on the side of big ambitious change and small incremental changes in the right direction. The world has big problems; we can be on the side of the ambitious strategy necessary to build a better world in the face of those problems. At the same time, there are small policy issues and many, many opportunities to nudge policy in the direction of a universalistic, rights-based, or cash-based strategies to meet human needs. Efforts to expand refundable tax credits and the cap & dividend approach to global warming are two small steps in that direction that are under serious consideration right now.