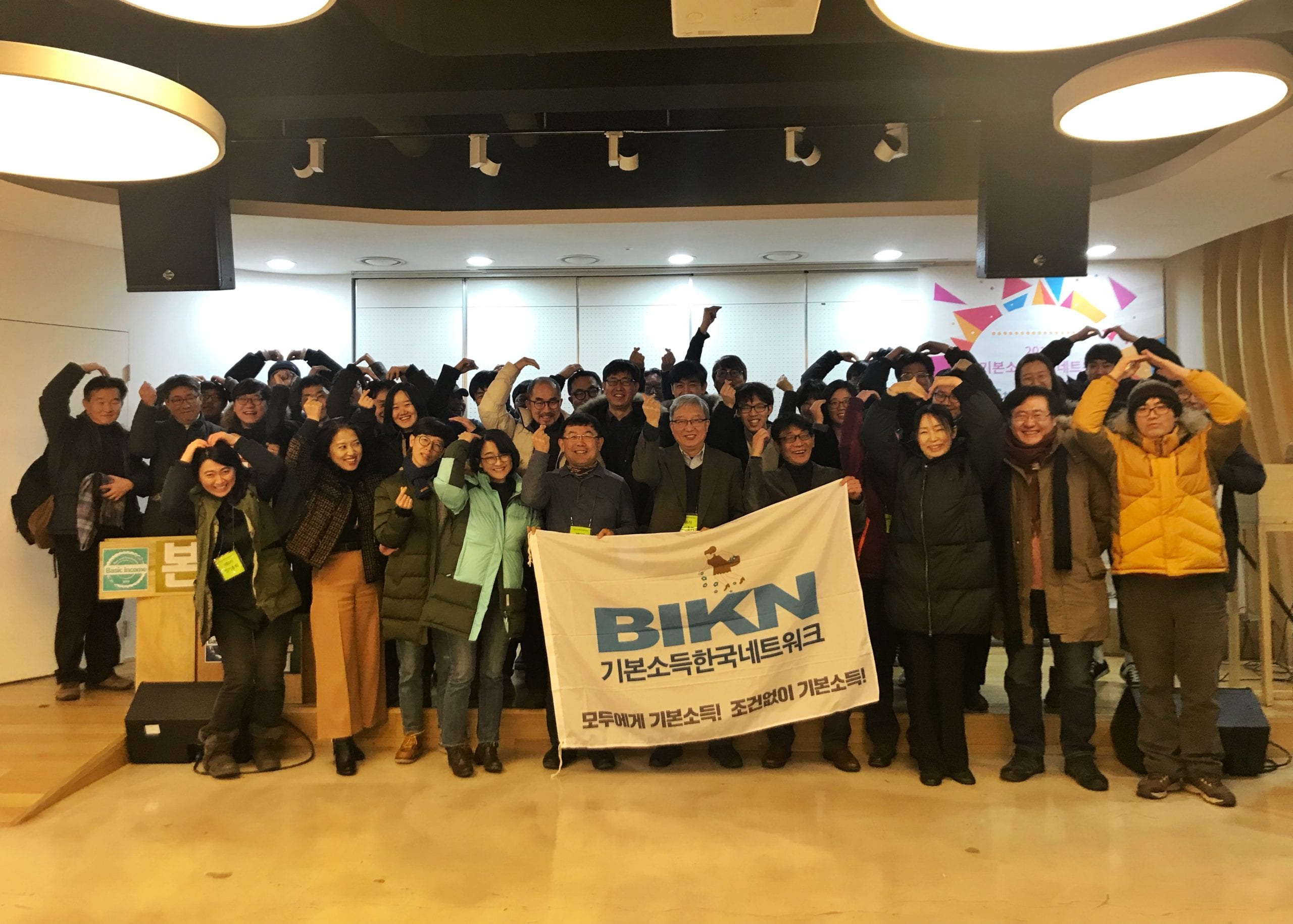 Looking back to the past, looking forward to the way ahead

The 6th General Assembly (GA) of Basic Income Korea Network (BIKN) was held in Seoul last Saturday. The GA, the highest decision-making body, is held every January, in which we examine the activities of last year and decide what activities we should carry out in the following year.

2017 was a watershed year for BIKN as well as for the politics in Korea. Popular resistance to the abuse of power and corruption of the former president and her coterie led to a snap presidential election in which Mr. Moon from the Democratic Party won. We have the most democratic government in a decade.

Grievances about social and economic inequality and insecurity have flowed under the popular resistance, although it was certainly an expression of the aspiration for democracy. Under these circumstances, interest and support for the basic income idea could be strengthened and become more prolific prolific. One of the more influential candidates presented basic income policy as an electoral promise.

BIKN had two main achievements in the turbulent year of 2017. Above all, the basic income agenda entered into the center of the public sphere. During this period, BIKN has been recognized as a prestigious institution around the discussion of BI. Secondly, we saw the quantitative growth of our organization, including an increase in individual and group membership, as well as the growth of local networks (chapter of BIKN). Now we have around 500 individual members, seven group members and six local networks.

Upon the those self-assessments, BIKN decided the following activities for the next year: we will spread understanding of the basic income concept through online basic income courses; we will make efforts to form basic income coalitions during the local elections this June in order to implement basic income policy; we will participate in the project to design experimental models for basic income which the government will commission this year (see another article); we will change BIKN into a corporation in order to secure institutional status.

We expect this year will be another watershed to realize the basic income idea.