Stockton, California and Mayor Michael Tubbs announced plans for a Basic Income trial – the Stockton Economic Empowerment Demonstration (SEED). The project is still in its initial stage, and the design phase of the project will be launched in January 2018. The design period will last 6 to 9 months, and according to a Sukhi Samra, representative of the SEED project, the design phase is being used to “solicit community input and to ensure that SEED is really reflective of the needs of the Stockton community.”

The concrete outline of the project is still in the early stages, but there are some starting points. The basic income stipend will be $500  per month and  will apply to anywhere  from 25 families for 5 years to 100 families for 1.5 years. The project has secured a $1 million grant from the Economic Security Project and a grant from the Goldhirst Foundation of $250,000 which was announced last Thursday. The project also hopes to be able to raise additional funds. According to the guidelines in the SEED website, the demonstration will gather both research and storytelling partners, and those who are interested in participating can follow the info here. The site also states the project will prioritize high quality data with the cooperation of academics and academic institutions, while also engaging in storytelling, encouraging documentary filmmakers and creative storytellers to join the team. 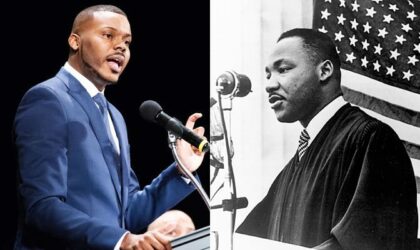 The city of Stockton has had a difficult past.  In 2012, it became the first city in the United States to file for bankruptcy. Since then, the city has been recovering, but it continues facing important challenges since 1 in every 4 residents still live below the poverty line. Mayor Michael Tubbs became the youngest Mayor in history, and the first African American Mayor of Stockton, in 2017. He has a progressive agenda in many areas, and the Basic Income demonstration is intended as a way to show what happens when a group of people have an income floor that is guaranteed. Stockton will be the first public/private trial in the United States with significant leadership from a public official. Mayor Tubbs is inspired by Martin Luther King Jr. who defended a guaranteed basic income.  Tubbs is interested in finding out “if a guaranteed income will unleash potential and provide the needed stability.”