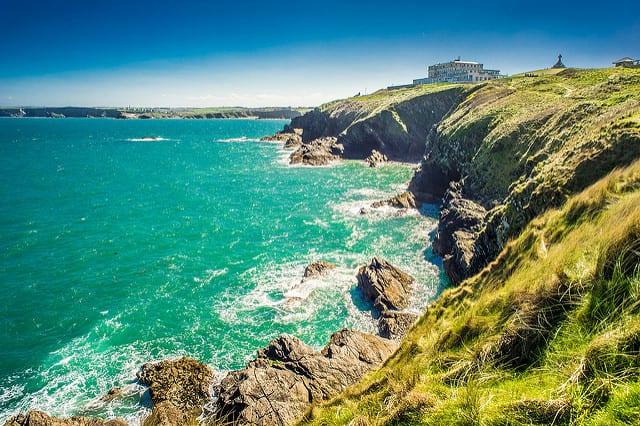 The Institute for Policy Research at the University of Bath, which has published a series of reports on the feasibility and implementation of basic income, commissioned a recently published survey on attitudes towards basic income in the UK.

The survey was conducted by the British market research organization Ipsos MORI, who interviewed a sample 1,111 individuals from the UK population aged 18 to 75. Interviews were conducted online in August 2017. In the recently published results, the survey data are weighted to represent the general UK population according to age, gender, region, employment status, social grade, and educational attainment.

In a series of three multi-part questions, Ipsos MORI queried respondents about their views on universal basic income (UBI), which it defined, similarly to BIEN, as “a regular income paid in cash to every individual adult in the UK, regardless of their working status and income from other sources In other words, it would be: universal (i.e. paid to all), unconditional (i.e. paid without a requirement to work); and paid to individuals (rather than to a household).”

Interviewees were also instructed to assume, for the purposes of the survey, that the amount of the UBI “would be set roughly at the amount the UK government judged to be necessary to cover basic needs, e.g. food and clothing (but not housing costs).”

Before laying out the description of UBI, the survey questionnaire additional mentioned, “As you may be aware, some countries are considering introducing a basic income.”

Asked whether they would support UBI described as above, 49% of respondents replied affirmatively (15% “strongly support” and 33% “tend to support”), while 26% replied negatively (17% “strongly oppose” and 9% “tend to oppose”).

Reported levels of support decreased substantially, however, when funding mechanisms were specified. Only 30% would support UBI if it entailed an increase in taxes, with 40% opposing UBI in this case. Meanwhile, 37% would support, and 30% would oppose, a UBI funded by cuts on spending on current welfare benefits. If both funding mechanisms were put into place, support for UBI decreases to 22%, while opposition increases to 47%.

The preceding result is similar to what was observed in a 2016 poll conducted by Canada’s Angus Reid Institute, which saw that respondents tended to favor basic income in principle, but  would not support an increase in taxes to fund it in their country.

In the second question, respondents were asked “Regardless of whether you support or oppose the UK Government introducing a basic income, which of the following, if any, would be your most preferred way of mainly funding a basic income, if it was introduced?” Options included “increasing taxes on wealth” (34% favored), “cutting existing welfare benefits” (28% favored), “raising income tax” (12% favored), and “other” (3% favored).

The second part of this question broadens the definition of a “basic income scheme” from the initial definition, asking respondents if they would support such as program if certain compromises were made to universality and unconditionality. More than half of respondents replied that they would support a policy “only paid to those who are in work, in training, doing voluntary work, or pensioners” (52% strongly support or tend to support) or one “only paid to those on low incomes” (57% strongly support or tend to support), with only 18% and 17%, respectively, reporting opposition to the policies. (It should be noted, however, that it would conflict with most established uses of the term–including that of BIEN–to call such a policy a “basic income” scheme.)

Support decreased if the program were only to benefit young people (aged 18 to 24) “who are in work, full time education, or in training”: 35% would support (or tend to support) such a program, while 33% would oppose (or tend to oppose) it.

The third and final question queried interviewees on the “how convincing” they personally found each of six arguments that have been made in favor of basic income. The results tentatively suggest that, among British adults, arguments that emphasize the ability for UBI to support unpaid work tend to have more pull than those that emphasize the policy’s potential to encourage traditional paid work.

The argument judged most convincing was one that framed UBI as a way of recognizing the value of unpaid work: “Many people do very important work that is unpaid, such as caring or other voluntary work. A basic income would be a way of rewarding and encouraging others to do this type of work.” A full 79% of respondents found the argument “very” or “fairly” convincing, while only 15% judged it “not very” or “not at all” convincing.

All arguments provided were found to be more convincing that not (i.e. considered by a majority of survey respondents to be “very” or “fairly” convincing). However, the least persuasive was found be the following: “Many unemployed people do not have an incentive to find a job because benefits they may currently be receiving are withdrawn. As everyone would receive it, a basic income would encourage unemployed people to get a job by allowing them to keep that basic income if they find work.” A relatively small 57% deemed this argument “very” or “fairly” convincing, and 35% found it unconvincing (or “not very” convincing).

Other arguments focused on automation, job insecurity, bureaucracy in administering welfare, the “harsh and unfair” nature of conditional welfare programs.

More information about the survey, including all weighted and unweighted data, is available here: