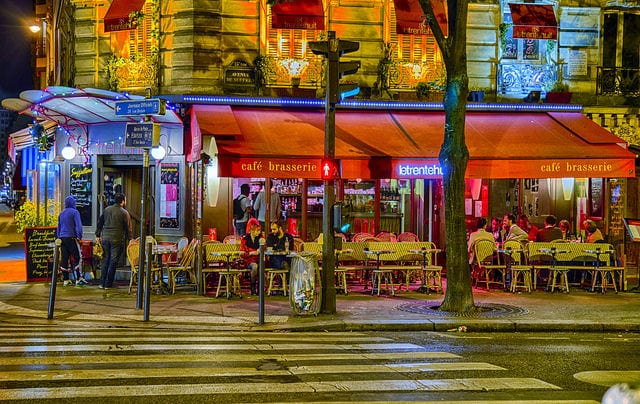 Cairn’s Monthly Dossiers is a free online publication designed to highlight the work of francophone scholars in the social sciences and humanities. Each month, the publication focuses on a topic of current social or political relevance.

Universal Basic Income (UBI) was the topic selected for the debut issue, released on June 15, 2017. As the introduction to the dossier notes, the issue came to prominence in France earlier in the year due the campaign of presidential candidate Benoît Hamon, who won the Socialist Party primary after making a UBI proposal a cornerstone of his campaign.

Lipiansky, an associate professor of economics and management, examines the rise of interest in UBI in Europe during the 1970s and 1980s, linking it to the decay of a “social consensus” around the goal of full employment. He emphasizes UBI’s potential role in a cultural shift in which occupational identity is no longer the key defining attribute of an individual’s social role.

Hyafil, a leader of the French BIEN affiliate Mouvement Français pour un Revenu de Base, presents UBI as a means to emancipate individuals from the need to work (in view of the fact that, in present society, the pressure to work leads to the creation of and participation in “bullshit jobs” of little or no social utility). In his article, he delineates a UBI proposal for France, and describes a path to introducing the policy through a series of reforms to the revenu de solidarité active (RSA), the country’s existing minimum income scheme for the poor and unemployed (currently €460 per month).

Clerc, the founder of Alternatives Économiques, considers UBI proposals of three different monthly amounts–€100, €460 (equivalent to the RSA), and €800 (equivalent to the minimum pension)–and argues that any potential benefits are too uncertain to merit the risks and certain costs of implementing the policy. As an alternative social policy, he proposes lifelong training to increase individuals’ employability.

Meunier, an economist and consultant, takes on two arguments commonly given for UBI: that it is more respectful to recipients due to its lack of surveillance and paternalism, and that it is easier to administer due to its simplicity. Meunier contends that conditional welfare is not objectionable in its level of oversight–which might be construed as the expression of care for beneficiaries–and that the simplicity is illusory.

The dossier also includes links to supplemental material (in French) by Anton Monti (on the Finnish experiment), Philippe Warin (on the phenomenon of non-usage of the RSA and its implications for UBI), and Yannick Vanderborght and Philippe Van Parijs (on the history of the idea of UBI and its differences from programs like the RSA).

The second issue of Cairn’s Monthly Dossiers was on the topic of Populism.