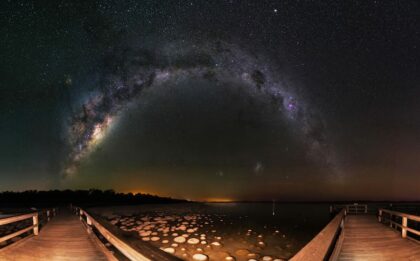 The issue can be read in full here.

The section on basic income consists of three short articles:

Henderson provides an overview of the idea of basic income, and then addresses four concerns facing its implementation in Australia: cost, cultural opposition to giving “handouts” to the poor and unemployed, lack of agreement between left-wing and right-wing proponents of basic income programs, and lack of mass social support.

Stilwell briefly articulates five political economic reasons in favor of basic income: sharing the nation’s abundant wealth, quelling anxiety about the future of work and technological unemployment, reducing inequality, simplifying the social safety net, and increasing individual freedom. He weighs these advantages against two main concerns: “could the nation afford to pay a BI?” and “would a BI have a big cost in terms of national output because people might decide not to work?” Stilwell offers tentative support for basic income, but only if combined with a strengthening of public health services, education, housing, transportation, and utilities.

Towart argues in favor of a job guarantee as a way to harness the potential of automation to free people from unfulfilling toil while ensuring well-paid employment in “work that we need done to create a fairer, sustainable society.” He raises concerns that a basic income would act as a subsidy for low wages and fail to empower workers to the extent of a well-designed job guarantee.

Leave a comment Australia, Frank Stilwell, Troy Henderson
The views expressed in this Op-Ed piece are solely those of the author and do not necessarily represent the view of Basic Income News or BIEN. BIEN and Basic Income News do not endorse any particular policy, but Basic Income News welcomes discussion from all points of view in its Op-Ed section.