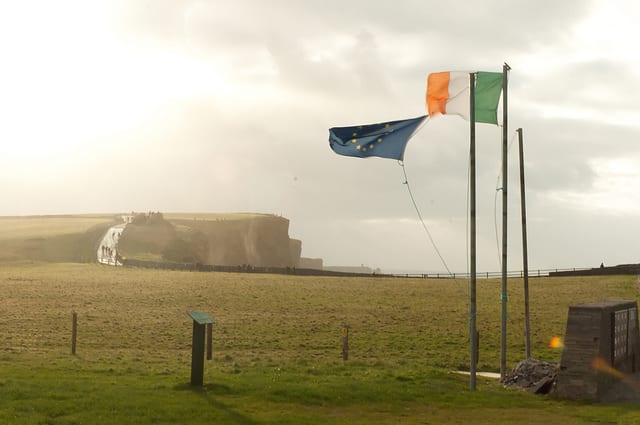 Comments to European Economic and Social Committee (EESC) consultation on the Future of Europe in Dublin, Ireland, June 7, 2017

“1.1. Failure to address the ongoing vulnerability of many EU citizens.

1.2. Failure of the European Commission to protect small countries against its larger, stronger members.”

Addressing the first point, Dr Healy referred to recommendations made in May 2017 by a UN expert group meeting on “Strategies for Eradicating Poverty to Achieve Sustainable Development for All”:

“The social welfare systems in developed countries are no longer fit for purpose. There should be an adjustment of the paradigm including promotion, and openness to study new ideas around a new social contract that is more appropriate for the 21st century. This may entail moving towards a universal basic income system, supporting a living wage rather than a minimum wage, recognizing all work (not just paid employment) as meaningful, and ensuring that all government decisions are subjected to a poverty-proofing process. While the centrality of employment and decent jobs to eradicate poverty is well recognized, employment growth has not been sufficient to absorb the growing labour force, particularly in those countries and regions with large youth populations. Further, there has been a divergence between productivity and wages growth, as well as growing employment insecurity and casualization in all countries.”

In his speaking notes, Dr Healy agreed with the UN expert group’s analysis and recommendations, adding that the EU has consistently ignored these issues. According to Dr Healy, none of the five options provided in the EU White Paper on the Future of Europe address these points, going on to note that:

“An alternative option is required that will protect the vulnerable and move towards a future that effectively addresses poverty, unemployment, inequality and exclusion. The EU needs to become, and be seen to become, a caring Union.”

In the context of Irish politics, universal basic income (UBI) has been endorsed by some of the main political parties. The Green Party has long been in favour of the establishment of a basic income, while Fianna Fáil—the country’s second largest party—has talked about the idea for many years. Fianna Fáil’s spokesperson on social protection, Willie O’Dea, has called for radical reforms of the welfare system. The veteran politician and basic income advocate has said that, if Fianna Fáil were in office, a government-established commission would report on the idea within six months. Writing about UBI in a news article in January of this year, he said:

“While the broad concept of UBI has been around for a while, the challenges facing us today – particularly the changing and often precarious nature of work, not least the threat to jobs posed by automation and short-term contracts – make it a realistic and workable response.

“UBI would replace virtually every non-pension welfare payment except disability and housing benefits. Scrapping the myriad complex and often contradictory welfare codes would mean the end of welfare administration and expensive means-testing, an end to pointless and unproductive Intreo/job-centre interviews and hated sanctions. The biggest long-term saving, however, would stem from ending the poverty trap disincentives built into the current system, where taking a job can leave you financially worse off.”

The current government, which was formed following the appointment of Leo Varadkar as Taoiseach (prime minister) in June 2017, comprises the largest Irish political party, Fine Gael, and several independents, and is propped up by Fianna Fáil – Fine Gael’s historic rival – in a confidence and supply agreement. Fine Gael have been critical of Fianna Fáil’s basic income proposals and they do not currently have any proposals for the introduction of UBI. The Irish budget for 2018 will likely bring about increases to existing social welfare payments without any of the radical reforms proposed by rival parties.

Willie O’Dea, “Basic incomes for all would end the welfare poverty trap and give people greater control of their lives”, Independent.ie, 19 January 2017, <https://www.independent.ie/opinion/comment/basic-incomes-for-all-would-end-the-welfare-poverty-trap-and-give-people-greater-control-of-their-lives-35379503.html>