Dutch journalist Rutger Bregman will speak at Sydney’s Antidote festival on the theme of his bestselling book Utopia for Realists, in which he argues for a universal basic income and 15 hour work week.

Describing itself as a “festival of ideas, art and action”, Antidote brings together speakers and artists concerned about political, economic, social, and environmental issues.

The event takes place at the Sydney Opera House on the first weekend of spring in Australia, September 2 to 3. Bregman will present his ideas — which the organizers call a “compelling alternative to our current reality” — on the second day of the event. 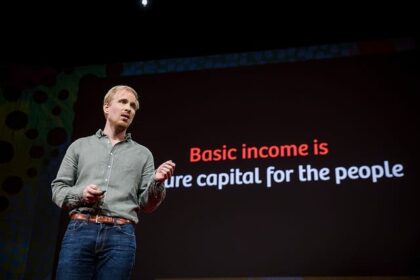 Antidote supplants the Festival of Dangerous Ideas, also held at the Sydney Opera House, which was held annually since 2009.

Andrew Taylor, “Work-life balance: Why we should only work 15 hours a week”, The Sydney Morning Herald, August 20, 2017.

Leave a comment Australia, Rutger Bregman
The views expressed in this Op-Ed piece are solely those of the author and do not necessarily represent the view of Basic Income News or BIEN. BIEN and Basic Income News do not endorse any particular policy, but Basic Income News welcomes discussion from all points of view in its Op-Ed section.