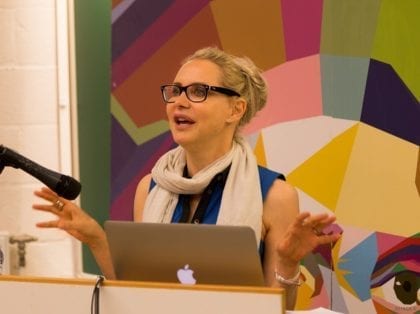 Louise Haagh, an associate professor at the University of York and chair of the Basic Income Earth Network (BIEN), argues in the June Nature that the reform is making inroads internationally today.

Nature is one of the world’s top academic journals, claiming an online readership of about 3 million unique readers per month.

At the same time, Haagh says basic income is a pivoting argument, because it helps discussions that bring about changes in individual and public policy. She also argues that basic income should not be viewed in moral terms as a compensation for economic insecurity, that such a moralistic interpretation does not do full justice to the claim that “security is important because it enhances people’s sense of control over their lives”.

At the end of 2016, the year in which BIEN celebrated the 30th anniversary of its birth, Haagh, as a life member, reflected on her own personal journey with the network:

“Basic income appealed to me then primarily as a necessary foundation for consolidating workers’ rights – and in many ways that is still how I see it, but in a broader context of rights to human development… Against this background I was struck by the sanity – the immediately obvious justification for basic income. It seemed to me evident that the most important justification was a basic humanist and democratic one – and I still think that today.”

In the Nature article, Haagh says basic income is a pivoting reform, in two ways, that together may be more important than ever:

“First, it is pivoting in relation to freedom extension because it helps to rebuild individuals’ pivot positions, through re-enabling greater differentiation between different core forms of security. Second, basic income is potentially pivoting for other institutions’ development; it creates a monetary basis and rationale for building new risk-sharing mechanisms and institutions between individuals directly and through public policy.”

Leave a comment Louise Haagh, Nature journal
The views expressed in this Op-Ed piece are solely those of the author and do not necessarily represent the view of Basic Income News or BIEN. BIEN and Basic Income News do not endorse any particular policy, but Basic Income News welcomes discussion from all points of view in its Op-Ed section.