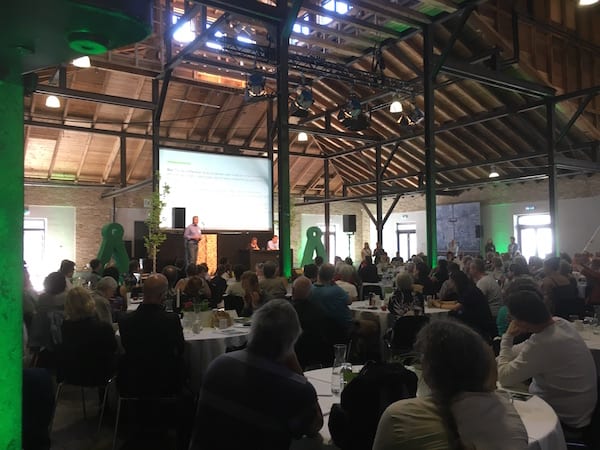 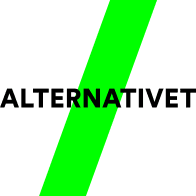 Denmark’s green political party The Alternative (Danish: Alternativet) has adopted basic income as an aspirational goal and established a working group to investigate a precise model and implementational strategy for the policy.

These decisions were formalized at the party’s 2017 convention, which took place May 27-28 in Odense, where basic income was a prevailing theme. Since its founding in November 2013, The Alternative has developed its policy positions through what it describes as a “political open-source process,” centered on political laboratories [link: Danish] at which party members and other interested individuals discuss and debate proposed policies. Its initial party program, for example, was influenced by the contributions of over 700 people who participated in political laboratories and workshops in early 2014. The recent convention in Odense featured such a political laboratory on the topic of basic income, which was attended by over 300 delegates. 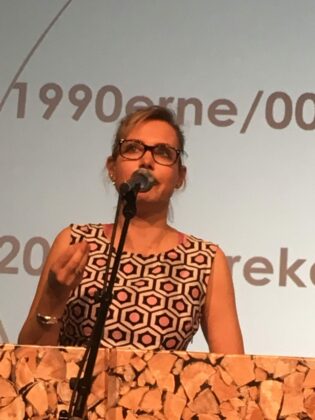 Haagh at the Alternative’s political laboratory on basic income

The political laboratory began with presentations of opposing views on basic income.

First, BIEN Chair Louise Haagh laid out reasons to support the policy, including, fundamentally, the idea that basic income is a democratic right. Haagh emphasized that basic income can be seen as a natural extension of the Nordic welfare model, an enhancement of the existing welfare state rather than its replacement. She also argued that, among other advantages, a basic income could provide an improvement for unemployed job seekers, as Denmark’s existing job centers are inefficient, producing a low employment rate and forcing customers to spend a large amount of time in administrative processes.

Following Haagh’s presentation, Kristian Wiese, Director of the think tank Cevea, offered reasons to be skeptical of basic income. Wiese worried that basic income is merely a palliative that fails to address the underlying problems of unemployment and precarious employment, and expressed concern regarding the policy’s support from neoliberals and Silicon Valley technocrats.

After the presentations, participants broke into small groups to discuss the relative merits and drawbacks of basic income. The discussion was framed around several questions–whether a basic income is a good idea if it can be introduced without extra cost, whether a basic income is likely to lead to more socially productive activity or less, and what new policies and procedures could be introduced alongside basic income to promote community and entrepreneurship–and responses from each group were collected. While no formal vote was taken, the general consensus of delegates was favorable to basic income, and the party decided to proceed with the development of a precise model to adopt as party policy.

To the latter end, the assembly established a working group tasked with the project of drafting a policy proposal on basic income for the party within one year. In addition to the proposal of the working group, The Alternative will await precise calculations from the Ministry of Taxation before endorsing any model of basic income as party policy. (Basic Income News will publish a follow-up report on the activities of the working group later in the year when more details are known.)

The Alternative’s current political program endorses the provision of benefits without work requirements or other conditions to uninsured social security recipients as well as to those covered by insurance through union membership. Basic income will be the third and final step in the party’s social policy reform. Even prior to the recent convention and political laboratory, party leaders such as MP Torsten Gejl have described The Alternative’s advocacy of the former policies as steps toward its eventual promotion of a universal basic income for Denmark (cf., e.g., Gejl’s talk at the book launch of Philippe van Parijs and Yannick Vanderborght’s Basic Income). 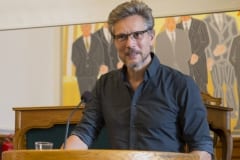 The party has shown increasing interest in basic income in recent years, and has established close ties with BIEN-Danmark, BIEN’s Danish affiliate. The party was the official host for the two-day Nordic Conference on Basic Income Pilots, held at Christiansborg Palace, the seat of the Danish Parliament, in September 2016. Leading members of the party have continued to participate in basic income events in 2017. For instance, party leader and cofounder Uffe Elbæk spoke at the world premier of the basic income documentary Free Lunch Society, Josephine Fock participated in a debate at a seminar on basic income and the future of work, and Gejl spoke at BIEN-Danmark’s annual meeting, in addition to the aforementioned book launch.

The Alternative currently holds 10 out of 179 seats in the Danish Parliament, making it the sixth largest party in terms of representation.

Thanks to Louise Haagh and Karsten Lieberkind for information and suggestions for this article.