The Netherlands: All that’s left is the action. Where do we stand with the experiments? 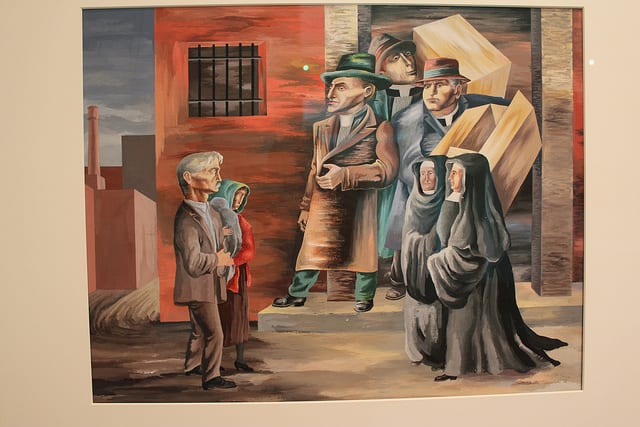 The permission to start the social assistance experiments depends on the political will of politicians at the national level. Despite obstructions, several municipalities are determined to continue with the experiments for the sake of that part of the population that is suffering under the current social welfare regime.

It’s time for new forms of social security, says Sjir Hoeijmakers in a presentation held during the annual meeting of the Dutch branch of BIEN on May 7, 2017. He begins his lecture by stressing that he prefers to speak of ‘experiments in the context of the Participation Act’, instead of ‘basic income experiments’, because they don’t fulfill BIEN’s definition of an unconditional basic income. More on the subject can be found in this thoroughly composed article. However, to smooth the conversation, he cautions that he would probably fall back in the habit of talking about ‘basic income experiments’.

According to Hoeijmakers, an econometrist who crowdfunded his own income for two years in order to support municipalities who want to study alternative forms of social assistance in scientific research projects, we need a system that is based on trust, freedom and income security. A basic income can do that. However, nobody knows the short or long term consequences of the implementation of such an income, because it has never done before. Hence, we need to do experiments, investigate as many aspects as possible and launch a broad debate.

The ideas for the experiments were mainly born out of discontent with the Participation Act. Under this law, introduced in 2015, the municipal executives are obliged to stimulate welfare recipients to look for a job and to accept paid work, as well as to provide social benefit payments to its inhabitants who need such arrangements.

The implementation of this law at the local level requires a complicated set of rules, obligations and restrictions. In order to ensure a welfare recipient’s integration into the workforce and to prevent fraud, the local bureaucracy has to develop many regulations regarding, e.g., the imposition of fines and payment reductions, the appropriate use of disciplinary punishment or the application of rebates for people who live together.

A newly introduced measure is the so-called ‘compensation’ (Dutch: ‘tegenprestatie’). A welfare recipient has the obligation to do something in return for the payments. This can be voluntary work, but one can also be forced to ‘gain work experience’ in a commercial enterprise. The obligation can go as far as requiring unpaid work for six months. Some organizations who have stood up against this policy have already called it ‘forced labor’. The kind of ‘compensation’ is to be decided by the civil servant of the municipality, who is in charge of the implementation of the Participation Act. This practice is highly susceptible to arbitrariness and is therefore very unpopular among recipients.

Because of the complexity and far-reaching consequences of the law, the local government has to allocate a lot of money and manpower for control and enforcement. In the meanwhile, the social welfare system has lost its function as social safety net by the dreadful accumulation of inspection, monitoring and sanctions. Additionally, as a result of the continuing exerted pressure, beneficiaries accept less instead of more paid or voluntary work leading to alarming levels of impoverishment among this group. At the same time Dutch trend watchers predict that in ten years less than thirty percent of the population will be engaged in full-time paid work. The rest will earn money with ‘loose jobs’.

For these reasons, municipalities have begun to design experiments within the existing social assistance scheme. In the Netherlands income distribution and taxes (except municipal taxes) are regulated at the national level. Municipalities are not allowed to implement income policy. However, it’s the local government that is responsible for the provision of social assistance.

After a long period of lobbying by the municipalities, the Ministry of Social Affairs and Employment has finally released its general administrative regulation (Dutch: Algemene Maatregel van Bestuur / AMvB). This sets out the exact standards for the implementation of a law. The social assistance projects must be tested to the AMvB. A city council can apply for an experiment based on this document by requesting an exception to the law, for example, to temporarily suspend reintegration requirements or to allow people to earn an extra income on top of the benefit payments. The municipality is required to carry out the experiment according to the terms of the document. The framework causes many problems, because the AMvB only allows for exceptions to the law in individual cases and not when it comes to groups. 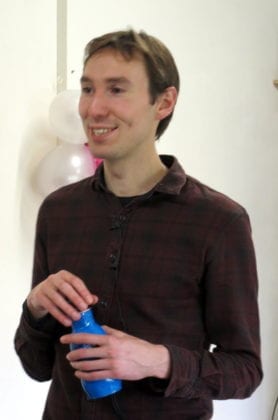 Unfortunately, the AMvB has become the subject of political controversy, as Hoeijmakers notices. That’s why additional stipulations have been added to the experiments and compromises have to be made. For instance, the projects must be now carried out in a relatively short time, and people who make too little effort to get work can be excluded from the experiments, which makes the whole project a bit weird. As Hoeijmakers explains, all these irritating requirements make it very difficult to set up a good scientific and ambitious project. At all political levels, there are often a few people who support or sabotage the idea. Yet, city councilors and researchers are determined to overcome the obstructions and are actively seeking smart, legal solutions to bypass the Participation Act.

In the previous cabinet consisting of VVD and PvdA, it was very difficult to reach agreement over the AMvB. A majority in the Second Chamber (or House of Representatives) was in favor of the proposed experiments, but the government was not. Especially the VVD (People’s Party for Freedom and Democracy; Dutch: Volkspartij voor Vrijheid en Democratie), a conservative-liberal political party in the Netherlands, had many objections to experiments that could emancipate welfare in the long run by introducing a basic income. Members of the PvdA (Labour Party (Dutch: Partij van de Arbeid, the social-democratic party) at the local level are usually in favor of experiments in contrast to members of the cabinet. In the last months, several municipalities have stopped the preparations because of all the difficulties. In an ideal world, Hoeijmakers comments, you would expect that the national government plays a stimulating role, ensures proper tuning of the experiments and good scientific coordination. This is not the case. Municipalities also lacked financial support from the government, despite of all the rhetoric about decentralization and being open to experiments.

Hoeijmakers expects that the number of municipalities who actually will start an experiment will be around 10, although there is room for 25.

Hopefully the new cabinet will become more positive about social assistance experiments. The Dutch general election of 2017 was held on Wednesday, 15 March 2017. Several small parties who were in favor of a basic income (a.o.Piratenpartij / Pirate Party, Basisinkomen Partij / Basic Income Party, Vrijzinnige Partij (VP, Liberal Party; leader: Norbert Klein) did not win a seat or lost its only seat (VP). On the other hand, GroenLinks (GreenLeft), D66 (Democrats 66), Partij voor de Dieren (PvdD / Party for the Animals) who are strongly supportive of pilot projects, all three won considerably: 10, 7 and 3 seats respectively. The PvdA lost substantially (29 seats). The new Members of the House of Representatives were installed on 23 March 2017. At least four parties are required to form a coalition with a majority (76 seats). At this moment VVD, CDA, D66 and GreenLeft have failed to build a new coalition.

According to Alexander de Roo, chairman of the Dutch branch of BIEN and co-founder of BIEN, the ratio between the left and the right in the Second Chamber is approximately 60 to 81 seats, assuming that a basic income is more popular among voters of left-wing parties than among parties at the right-wing. But this is not necessarily true. He proposes to cooperate with D66, GL and the PvdD in an effort to keep basic income on the political agenda.

Hoeijmakers emphasizes that it’s important to create a broad political support base. So, how can you introduce the basic income into the liberal tradition? Much depends on the framing of the message, stresses Hoeijmakers. He is convinced that a right-wing public is also susceptible to good arguments, at least for doing experiments, when you explain what is in it for them. For instance, what can a basic income mean for entrepreneurs, or for the complexity and bureaucracy of a government? It is very useful to show successful experiments done in other countries. The spin-off of these reports cannot be overestimated. They are very stimulating. Looking forward, it is inconceivable that we do not start experimenting with alternatives for the current social security system, we have to learn, tell stories. It will bring us to the day when people will say: Of course we want a basic income, of course we want to know the effects of its introduction! “I always advise the municipal authorities to continue with their basic income projects. Just do what you can do,” says Hoeijmakers. In conclusion, he points to Rutger Bregman, who stated in his Tedtalk (Vancouver, April 2017), “We already have the means, the research, and the need for basic income. All that’s left is the action.” According to Business Insider, “He [Bregman] got a standing ovation“ for the talk. Watch the video here.

“Rules are tools. But it is impossible to rule out the human experience.”
Credit: Benno Baksteen, retired pilot of KLM (Royal Dutch Airlines)

Thanks to Ad Planken and Kate McFarland for reviewing this article