How much does UBI cost?

I just completed some simple, “back-of-the-envelope” estimates the net cost of a UBI set at about the official poverty line: $12,000 per adult and $6,000 per child with a 50% “marginal tax rate.” They are in a paper entitled, “the Cost of Basic Income: Back-of-the-Envelope Calculations.” It’s currently under peer-review at an academic journal and available in un-reviewed form on my website.

Here are some of its most important findings: 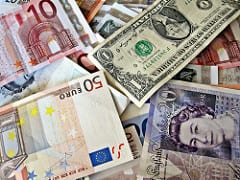