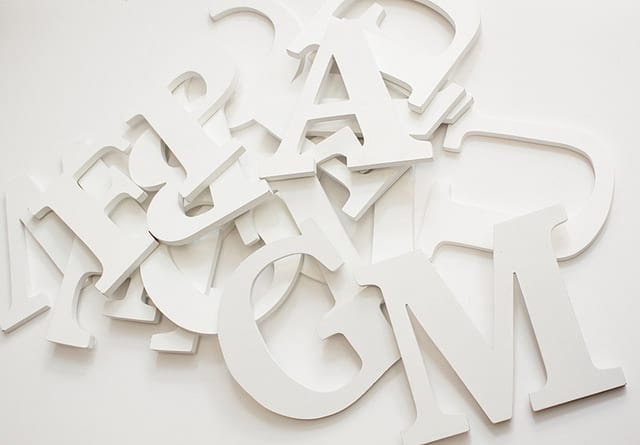 I appreciate André Coelho’s recent response to Francine Mestrum’s article “The Alternative Facts Of The Basic Income Movement“, especially his clarification of the role of Basic Income News. However, I believe that Coelho’s reply fails to give due attention to what struck me as Mestrum’s main contention: that organizations like BIEN should not use the term ‘basic income’ to refer generally to guaranteed minimum income programs (which are typically means-tested rather than universal).

We must make no mistake here: the terminology is confusing. Although BIEN has adopted one specific definition of ‘basic income’, this definition is not universal. Indeed, even some of BIEN’s affiliates adopt definitions of the term that are not coextensive with BIEN’s. Many of the discrepancies between here reflect a different dimension of the semantic dispute: whether, by definition, a policy called a ‘basic income’ must provide a livable income. BIEN itself has rejected this constraint, but not without controversy (for more on this dispute, see Basic Income News articles by Toru Yamamori and Malcolm Torry). Mestrum is correct, though, to identify what we might call the question of “universality” or “uniformity” as another source of discrepancies between different uses of term.

Since I began writing for Basic Income News, I have managed to internalize a certain dialect (“BIENglish” if you will). I must admit, however, that the relationships between terms in BIENglish sometimes make little antecedent sense. For one, in BIENglish, ‘basic income’, ‘universal basic income’, and ‘unconditional basic income’ are mutually synonymous (defined as “a periodic cash payment unconditionally delivered to all on an individual basis, without means test or work requirement”). If I ignore my familiarity with a certain quasi-technical dialect, thinking merely as a competent user of the English language, this semantic equivalence might seem surprising. It might make more sense, it seems, to suppose that ‘basic income’ refers to something more general, of which ‘universal basic income’ and ‘unconditional basic income’ name specific variants. More confusing still, however, is the use of ‘basic income guarantee’ — which, in BIENglish, is not synonymous with ‘basic income’. Instead, in the dialect I have now internalized, ‘basic income guarantee’ seems to be roughly synonymous with ‘guaranteed minimum income’ — and is likely to extend even to some means-tested programs that Mestrum would support (but refuse to call ‘basic income’).

It is worth expanding on the latter point. BIEN’s US affiliate, the US Basic Income Guarantee Network (USBIG), defines ‘basic income guarantee’ (‘BIG’) as a “government ensured guarantee that no one’s income will fall below the level necessary to meet their most basic needs for any reason”. According to USBIG, a basic income is a specific type of BIG, one that “gives every citizen a check for the full basic income every month”. However, on USBIG’s definition, BIGs also include policies like the negative income tax (NIT), which “pays the full benefit only to those with no private income and phases out the benefit as people earn more private income” (thereby, perhaps, avoiding Mestrum’s main complaints against a truly “universal” basic income). We should stop here to note that, in the dialect of USBIG, the following sentence would seem to be true: “Francine Mestrum supports a basic income guarantee and opposes a basic income.” And we should expect ordinary English speakers to be at least a bit confused by something like that, assuming that they’re not already immersed in USBIG or BIEN lingo. This is the sort of potential linguistic weirdness to which we should be sensitive whenever we speak in “BIENglish” to a general audience.

To further confound the situation, however, we must mention the Canadian dialect. BIEN’s Canadian affiliate, Basic Income Canada Network (BICN), defines ‘basic income guarantee’ similarly to USBIG: “A Basic Income Guarantee ensures everyone an income sufficient to meet basic needs and live with dignity, regardless of work status.” Once again, this definition does not imply the absence of means test, and both a basic income and NIT (to use USBIG’s terminology above) would fall under its extension. In the Canadian context, however, I have not seen sharp definitional boundaries drawn between the terms ‘basic income’ and ‘basic income guarantee’. Notably, BIEN’s affiliate does call itself ‘Basic Income Canada Network’ — not ‘Basic Income Guarantee Canada Network’ — and seems to use the terms interchangeably on its “About Basic Income“ page (where the term ‘demogrant’ might be used roughly synonymously with the term ‘basic income’-as-used-by-USBIG). The latter is consistent with the Government of Ontario’s use of ‘basic income’ in naming and describing its upcoming (so called) Basic Income Pilot (which, in fact, is most likely to test an NIT rather than a “demogrant”).

Finally, we should stop to note that, given their names and affiliation with BIEN, one might reasonably assume that USBIG and BICN are concerned only with a universal and uniform basic income (i.e. a demogrant), paid out to all citizens regardless of means. This, however, would be incorrect. The stated primarily focus of each organization is a “basic income guarantee” — which, by definition, needn’t involve the payment of money to those who don’t need it (as Mestrum finds so problematic in traditional basic income proposals).

Now, I wish to make no claim as what the focus of these respective organizations ought to be. (After all, I am on the executive boards of both BIEN and USBIG.) I want only to use these examples to illustrate one claim: our terminology is confusing, unintuitive, and, at times, even conflicting.

We must not, however, pin too much of the blame on ourselves (though we are not fully innocent). The term ‘basic income’ is often used sloppily and, worse, equivocally in popular media. I sometimes witness speakers and authors who initially define ‘basic income’ as an unconditional cash grant paid equally and uniformly to all individuals — to go on later to claim that a “basic income” was tested in Manitoba’s Mincome experiment, championed by Martin Luther King Jr or Milton Friedman, or nearly introduced by President Nixon. That is, they use ‘basic income’ in a narrow sense (e.g. BIEN’s use) when defining it, but switch to broadest sense (e.g. the Canadian use) while illustrating it. This practice is misleading and deceptive.

This practice is in no way excused by the fact that, in some cases, an NIT could have the same ultimate distributional effects as a universal basic income. First, a basic income could be financed by means other than an income tax, in which case the final distributional effects would most likely differ. Second, even if we consider cases in which the distributional effect are the same, there remain other non-trivial differences between the two types of policies. They might differ, for example, in administrative cost or efficiency — and psychological and behavioral effects on recipients might vary depending on whether basic income checks are issued and later taxed back, or whether the initial payouts never occur. Beyond all this, however, the two types of policies are simply conceptually distinct — and there is no excuse to elide the difference between them without, minimally, alerting the audience and defending the decision to treat them as equivalent in context.

It is extremely doubtful that BIEN and Basic Income News lie at the source of this problem. (To claim otherwise would surely be to overstate the extent of our influence!) At the same, however, I believe that we merit some blame for doing too little to address or even acknowledge this terminological quagmire. I myself am not exempt from this charge. I have always, in my own writings, aimed to be precise in describing how the term ‘basic income’ is used by the speakers or groups on which I report, especially when their implicit or explicit definitions diverge from that of BIEN. Still, for me, a desire for “politeness” — a resistance to policing or condemning usage — has often led to my not being as forceful and overt in noting linguistic discrepancies as I otherwise might. It has always seemed pretentious and condescending to resort to scare quotes whenever another entity (e.g. the Government of Ontario) uses ‘basic income’ differently from BIEN — let alone to accuse said entity of misuse of a term — even if, at the same time, it reeks of equivocation not to.

If I were to offer a somewhat radical suggestion, I might encourage groups like BIEN and its affiliates to abandon the attempt to provide necessary and sufficient conditions for ‘basic income’. Now that uses of the term have proliferated in the mainstream, its definition is out of our control. In the hands of diverse and disperse natural language users, words have a way of acquiring different shades of meaning across regions and groups. (Think, for example, of how speakers from different geographical regions might argue about qualifies as ‘barbecue’.) There is no reason to assume that ‘basic income’ would be immune from such fracturing and fragmentation of meaning. While BIEN must aspire toward precision and accuracy in its own publications, it cannot place itself in the role of policing the linguistic practices of ordinary speakers. This is, by now, a losing game.

In the present context, in fact, we might hope to do little better than to offer a prototype. The prototypical basic income, we might say, is unconditional, universal, individual, stable, lifelong, and sufficient to meet basic needs (for example). At the same time, however, we would need to acknowledge — loudly and clearly — that the term ‘basic income’ is frequently used to denote programs and policies that, while possessing most attributes of this prototype, might lack one or two (e.g. that it might be sometimes be used to refer to programs that means-tested, or paid to households, or insufficient to meet basic needs). Writers would, of course, still bear responsibility for clearly and precisely articulating what their subjects mean by ‘basic income’ — but this is already necessary practice, given that we can seldom take for granted that speakers use ‘basic income’ to mean precisely the same thing as BIEN. However, if BIEN abandons the claim to provide necessary and sufficient conditions, we might mitigate the confusion that might arise when readers assume that occurrences of ‘basic income’ in our publications, which are not otherwise explicitly defined, correspond to BIEN’s definition.

Possibly, it will eventually become necessary that we consider the adoption of new terminology — should ‘basic income’ simply become too imprecise or ambiguous to contribute adequately to the understanding of what it is, exactly, that we study and promote.