Opinion; The USBIG Blog, edited by Michael A. Lewis

Work, meaning, and the basic income 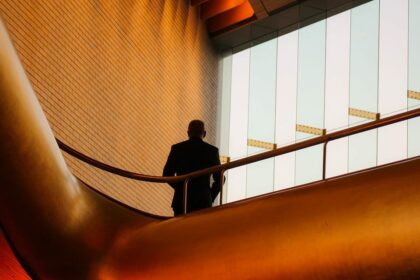 Back in the 1990s, I co-founded a group of academics and activists (some were both) called United States Basic Income Guarantee Network (USBIG). Since then, I’ve written a number of papers, book chapters, and other things in which I’ve argued for a basic income. I’ve also taught public policy courses where we’ve discussed this idea. Having been at this now for about twenty years, I’ve found that those skeptical about a basic income typically raise at least one of four objections: a basic income is unaffordable, it would be hyperinflationary, “able-bodied” people shouldn’t be given something for nothing (which is what a basic income would do), or it would lead to a decline in work. This last objection typically has two dimensions.

One is that we need people to work because we need them producing the goods and services which sustain us all. The other is that people need to work for themselves because it provides social connections and a sense of purpose and meaning in their lives. Although the first three objections, as well as the first dimension of the fourth, are important, I’ll focus here only on the second dimension of this fourth objection. It typically goes like this.

Work, by which these folks really mean the sale of labor in return for a wage, is good for people. One reason it’s good for them is because it provides a source of income. But it’s also good for them because, as stated earlier, it provides social connections, as well as a sense of purpose and meaning in their lives. Implementing a basic income would allow people to obtain income without their having to work for it, and this would likely result in their working less than they would in a world without such a policy. Less work would result in more social isolation, as well as less purpose and meaning in people’s lives.

There’s an obvious response to this objection articulated by David Mosciotra. Many, perhaps most, people don’t work for social connections, meaning, and purpose — they work for money. And they may be able to find more connections, meaning, and purpose spending less time at work and more pursuing hobbies, socializing with friends and family, pursuing more education, etc.

I wholeheartedly agree with Mosciotra on this point and have said similar things many times during discussions I’ve had with people about basic income. But, as I listened to people state this objection, another thought has often occurred to me. Let’s assume for the moment that people do work for social connections, purpose, and meaning in their lives, in addition to income. If this is so, why worry much about a basic income leading to a significant decline in work?

People’s basic income allotments would be paid in currency not units of social connection, purpose, and meaning (whatever this means). That is, people would be able to work less and not lose as much income from doing so as they would now. But if people worked less because they received a basic income, the number of social connections, sense of purpose, and meaning they’d lose, could be substantial, depending on how connected they are at work, versus how connected they’d be if they reduced their labor supply, and how the degree to which they work for purpose and meaning compares to the degree to which they work for income. If those who state this objection are correct that people work mainly, or largely, for social connection, purpose, and meaning, we shouldn’t expect much of a decline in work effort from a basic income. This is because a basic income would only replace some of the income people receive from work and none of the social connection, purpose, or meaning they receive from it. But if people don’t work mainly for social connection, meaning, and purpose, then we’re back to the point about how those who object to a basic income on these grounds appear to be misguided about what actually motivates people to work. In either case, one wonders how seriously we should take this objection. I’m inclined to think not very seriously at all.

The only sense I can make of this objection, and it isn’t much, is that work does provide people with social connections, purpose, and meaning but they aren’t aware of this. That might explain why simply getting some of their income from work replaced by a basic income would result in a significant decline in work. This line of thinking strikes me as pretty odd. It contends that people are currently engaging in an activity which gives them a sense of purpose and meaning, as well as allows them to connect with others.

Purpose, meaning, and social connection sound like very deep and profound things; they also sound like things people would be aware of. Yet, supposedly, millions of people are engaging in hours and hours of an activity which connects them to others, while also providing a sense of purpose and meaning in their lives, without them knowing that this is going on. That’s why giving them money they don’t have to work for could result in a substantial reduction in labor supply. This argument doesn’t strike me as very plausible. But I’m open to being convinced otherwise.

One comment criticism, isolation, meaning, purpose, social connections
The views expressed in this Op-Ed piece are solely those of the author and do not necessarily represent the view of Basic Income News or BIEN. BIEN and Basic Income News do not endorse any particular policy, but Basic Income News welcomes discussion from all points of view in its Op-Ed section.