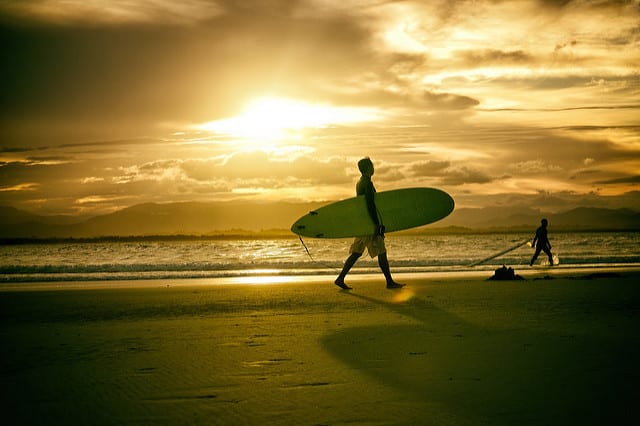 The Green Institute, an Australian non-profit organization devoted to education and action concerning green politics, has published a collection of essays on the ideas of universal basic income (UBI) and a shorter working week (Can Less Work Be More Fair?, December 2016).

In the collection’s introduction, Executive Director Tim Hollo states that the Green Institute “remains agnostic” on whether a UBI is an “appropriate mechanism” to achieve a reduction in working hours with no reduction in pay or working conditions–a goal which the organization does unequivocally support. Hollo adds that, despite its agnosticism, the Green Institute “believe[s] a conversation on the idea [of UBI], in the context of the need to grapple with the inevitability of less and less paid work in an ever more unstable world, is vital to [Australia’s] politics.”

Following are overviews of the 10 essays in the report and their authors.

1. “Why work less?” by Tim Hollo and Chris Twomey, Policy Director of the Western Australian Council of Social Service (WACOSS) and Chair of the Green Institute.

Hollo and Twomey discuss four reasons for which societies should pursue policies aimed at the reduction of working hours: inequality and insecurity of work (e.g. the rise the of the gig economy and zero-hour contracts), the threat of the automation of many jobs, widespread overwork and the need for improved work/life balance, and environmental destruction caused by the “work-to-consume / work-to-produce-to-consume” cycle.

Additionally, the authors critique two pervasive social norms, which they believe should be challenged by the debate around debate surrounding UBI and shorter working hours: the ideas that “only paid work is a noble pursuit” and that “a punitive approach to welfare is necessary to force people into this noble pursuit” (p. 15).

Finally, they propose three alternative ideals to frame the policy debate: “the ideal of universalism; the realisation that, while work is good, less work can be better; and the approach of encouraging and enabling meaningful work in resilient communities, rather than the punitive attitude to welfare that is failing both workers and employers” (p. 19).

Hollo and Twomey stop short of endorsing UBI as the preferred means to achieve these ideals, and they are clear that UBI would not be a one-stop solution (if it is part of the solution at all). However, they maintain that–as long as it is framed in the terms they describe–UBI in an crucial policy to consider and debate.

2. “Towards an historical account of Universal Basic Income” by Elise Klein, Professor of Development Studies at the University of Melbourne.

In her contribution to the collection, Klein traces the history of discourse about UBI from its roots in the ideas of Thomas More, Marquis de Condorcet, and Thomas Paine. She also provides an overview of the contemporary state of basic income debate, both globally and in the Australian context.

Klein has previously defended universal basic income in essays such as “Securing Economic Rights: The Time Has Come” (2015). 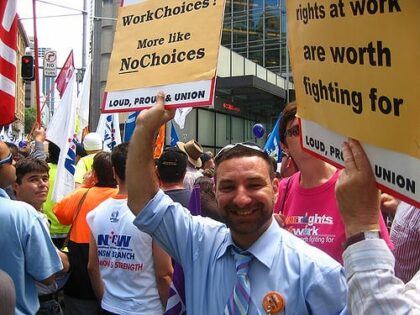 3. “On shorter working hours” by Godfrey Moase, assistant general branch secretary at the National Union of Workers in Melbourne.

In his contribution, Moase traces the history of labor’s demand for shorter working hours and argues that we must “take up the struggle once again for a shorter working week” for the sake of economic security, quality of life, and ecological sustainability.

Moase has previously defended a basic income guarantee of $30,000 per year for all Australians; see, for example, his 2013 article published in The Guardian (“Why Australians deserve a universal minimum income“).

4. “Not Just a Basic Income” by Ben Spies-Butcher, Senior Lecturer at the Department of Sociology at Macquarie University.

The main objective of Spies-Butcher’s essay is to argue against a UBI as conceived as a replacement for the welfare state, concluding “UBI is part of the answer, but only if it builds on a broader project for social change” (p. 46).

Spies-Butcher has previously defended an Australian UBI (as a partial solution) in articles such as “Could a new ‘basic income’ protect Australia’s most vulnerable?” (October 2015, The Conversation) and, earlier in 2016, in a panel discussion on UBI hosted by the New South Wales Fabian Society (see his presentation).

5. “A Universal Basic Income: Economic considerations” by the political economist Frank Stilwell (Emeritus Professor at the University of Sydney).

After outlining several reasons for which UBI seems to a policy “whose time has come”, Stilwell raises the question of how a UBI could be funded in Australia, and describes some sources of uncertainty with respect to the policy’s economic effects. However, he concludes his essay by emphasizing that “these uncertainties are not a reason to eschew further investigation” and that the discussion surrounding UBI is important because it “directs our attention to the all-important questions of ends and means: ‘what sort of society do we want?’ and ‘how should we restructure our economy so that the desired social outcomes can be achieved?'” (p. 51).

Stilwell also defends basic income in a short radio interview with Hamish Macdonald (“Less work, more money: the argument for a universal basic income“), which was aired in response to the publication of the Green Institute report. 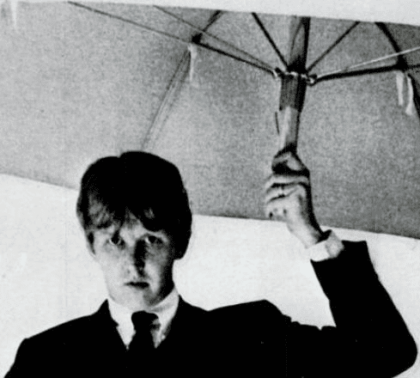 6. “Goin’ where the weather suits my clothes” by Louise Tarrant, former National Secretary of United Voice.

Inspired by the 1969 Harry Nilsson hit “Everybody’s Talkin’“, Tarrant recounts several pivotal moments in the last 70 years of history of Western democracies, ultimately arguing that now is the time to recreate an effective democracy and new social compact. Tarrant discusses the threat of automation and the “over-valorization” of paid work as factors giving rising to this need. She finally describes how a new social compact might be formed around the ideas of less work and a UBI.

To hear more of Tarrant’s ideas about UBI, listen to her discussion of the policy’s pros and cons at the Fabian Society panel (in which she participated alongside Spies-Butcher).

7. “The emancipatory potential of a Universal Basic Income” by Clare Ozich, Executive Director of the Australian Institute of Employment Rights (AIER).

Drawing from the work of Guy Standing, Kathi Weeks, Paul Mason, and others, Ozich argues that the debate about UBI should be seen as a way to open discussion about “how we conceive of work and what value we place on what forms of work” (p. 71). She stresses that the emancipatory potential of UBI depends on the exact form of the UBI implemented; for example, a basic income set too low could merely act as a subsidy to low wages.

8. “Why a Universal Basic Income can address historic, gender and material inequities” by feminist advocate Eva Cox, currently Adjunct Professor at Jumbunna Indigenous House of Learning at the University of Technology, Sydney.

Cox supports a basic income as a way to recognize the value the unpaid labor: “By liberating people from the need to earn their basic expenses through paid work, we can open up many possibilities of creating better functioning societies. By recognising the value of unpaid contributions already made and encouraging their expansion, there can be more gender equity, social wellbeing and validation of diversity of lifestyle choices” (p. 82).

After making a case for the need to recognize unpaid work, Cox briefly outlines a possible incremental approach to welfare reform in Australia. 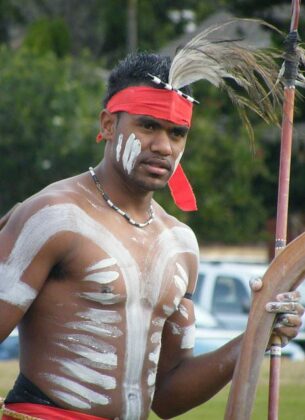 9. “Basic income makes basic sense for remote Indigenous Australia” by Jon Altman, research professor at the Alfred Deakin Institute for Citizenship and Globalisation at Deakin University in Melbourne and emeritus professor of the Australian National University in Canberra.

In his contribution, Altman reviews decades of findings concerning the effects of welfare programs on indigenous communities, especially the Community Development Employment Projects (CDEP) scheme and the “work for the dole” Community Development Programme (CDP) that eventually replaced it. Although originally intended to provide wages for part-time employment, the CDEP came to administered a basic income in some regions, where it was popular and successful. Altman argues that the CDP is less effective (calling it “neo-paternalism … masquerading as a work-creation program that is destructive and deeply impoverishing already impoverished people”, p. 93), and that a (re-)introduction of basic income scheme would greatly improve the status of indigenous Australians.

Altman has argued for the same thesis–that a basic income would improve the position of indigenous Australians–in previous works, such as the book chapter “Basic Income for Remote Indigenous Australians: Prospects for a Livelihoods Approach in Neoliberal Times” (published in the 2016 edited collection Basic income in Australia and New Zealand).

10. “The environmental impacts of a UBI and a shorter working week” by Greg Marston, Professor at School of Social Science at The University of Queensland and a leader of BIEN’s Australian affiliate, Basic Income Guarantee Australia.

Marston, one of Australia’s most prominent basic income advocates, presents an ecological argument for basic income in his contribution to the Green Institute report. As Marston argues, “Transitioning to a low-carbon slow growth economy is not simply a matter of social policy prescription or new economic incentives, but of transforming whole patterns of social life in terms of employment, family, mobility, housing and leisure” (p. 97), and such transformations require that work be organized differently. Some companies might opt to create a virtual working environment (often through registered address use at Companies House offices), potentially allowing employees to work from home and promote flexible working. These days, working from home is becoming more and more of an option, and technology is advancing at a rate that makes it entirely possible. Many companies already have some form of av system in place in order to facilitate things like virtual meetings and conferences with both employees and clients alike, so there are communications solutions already out there for remote working. Naturally, without modern communication technology, none of this would be possible. Implementing a cloud contact centre may encourage more businesses to retain a positive outlook on remote working.

Marston’s argument is one that he has also presented in earlier articles, including “Unconditional Basic Income and transitioning to a low-carbon society” and “Greening the Australian Welfare State: Can Basic Income Play a Role?” (the latter is a chapter in the book Basic income in Australia and New Zealand, which he co-edited).