US: Raising the Floor on Wall Street Journal’s “Who Read What” in 2016 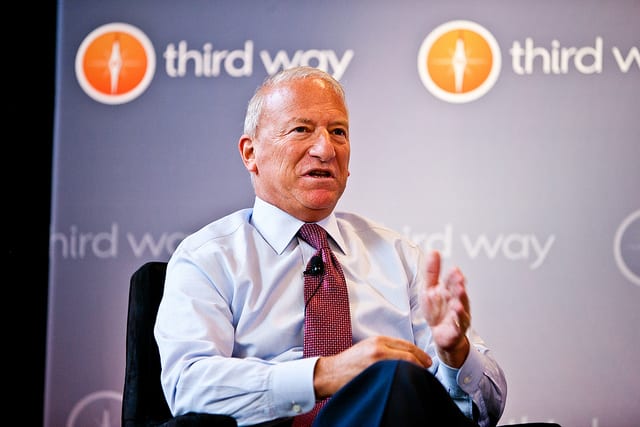 Raising the Floor, the new work on basic income by former SEIU President Andy Stern, has made the Wall Street Journal’s list of top books from 2016.

Andy Stern resigned as President of the Service Employees International Union (SEIU), then boasting 2.2 million members, in 2010. In part, his resignation was driven by the belief that he had, as he says, “lost his ability to predict labor’s future”. Having left the SEIU, Stern embarked on a “four-year journey to discover the future of jobs, work, and the American Dream”.

By the end of this journey, he concluded that only a universal basic income could protect Americans against job disruption caused by new technology and the changing nature of work. Stern lays out this solution, along with a description of his journey, in his book Raising the Floor: How a Universal Basic Income Can Renew Our Economy and Rebuild the American Dream, which was published in June of this year — almost immediately garnering much publicity in the media.

Now, Raising the Floor has been selected as part of the annual Wall Street Journal feature “Who Read What”, with reporter and author John Donvan choosing it as his book of 2016:

For a policy book by a union guy, Andy Stern’s cautionary prediction of a world without work is surprisingly haunting. “Raising the Floor” follows the former labor organizer through a self-education tour to meet and learn from the inventors, tech entrepreneurs and venture-capital guys pushing the boundaries of artificial intelligence. No Luddite, Mr. Stern is dazzled by the robots and the data-mining and the just-around-the-corner driverless cars. But he grows increasingly dismayed that almost no one leading this disruption gives much thought to the tens of millions of jobs that such innovations will destroy. And it’s not just cabbies and truck drivers at risk. Mr. Stern warns that doctors, lawyers, accountants, financial planners, teachers and many others will be vulnerable. He doesn’t want to stop progress, but he does want us to be ready for it when it arrives. His radical solution? It’s in his subtitle.

According to the most recent Cision data (2014), The Wall Street Journal is the third most widely circulated newspaper in the US.