Universal basic income (UBI) has been receiving an increasing amount of attention in India–including from the national government, with the Chief Economic Adviser having announced that UBI will be examined as part of the country’s next Economic Survey.

Within the government, UBI tends to be viewed chiefly as a way to overcome the inefficiencies and corruption that plague existing programs of social welfare. Some academic economists, including Abhijit V. Banerjee (MIT) and Pranab Bardhan (UC-Berkeley), have also emphasized the efficiency of UBI in comparison to India’s current welfare state. 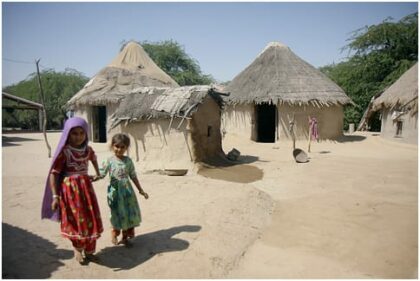 One critic of this approach to UBI is Nimai Mehta, Academic Director of Global Economics and Business at Washington DC’s School of Extended and Professional Studies. Mehta maintains that UBI should not be seen only–or even primarily–as a way to make India’s welfare system more efficient, but should instead be conceptualized as a route to other reforms.

In an article published in October, Mehta argues that a UBI alone would not suffice to solve the most fundamental problems faced by the poor in India. Indeed, the adoption of a UBI could threaten to leave many worse off if the government were to take it as a license to make substantial cuts in its spending on health, sanitation, education, and other public goods:

Where entrepreneurship and job creation continue to face formidable challenges, and public sector failures in education, health and sanitation severely degrade the poor’s expenditure on human capital, a UBI will prove insufficient or even wasteful. This is not because, as many fear, the poor would spend it unwisely, but because, without wider reforms, the poor remain handicapped in their ability to “buy” themselves out of poverty, whether through entrepreneurship or investments in their human capital. Worse, a UBI handout could reduce the political incentive for these reforms.

Mehta proposes what he calls “UBI-for-reform” programs as a way to address further handicaps faced by the poor. Crucial to his proposal, these programs would be organized within individual Indian states rather than nationwide. Prime Minister Narendra Modi has preferred that states take the lead in initiating reforms, and has promised support for states undertaking difficult but important reforms. Thus, Mehta suggests that the national government provide money to a state to help fund a UBI for its residents, while making its renewal contingent on the state’s carrying out additional reforms aimed at, for example, improving educational quality and access, removing barriers to entrepreneurship, or helping laborers to find more secure and stable work.