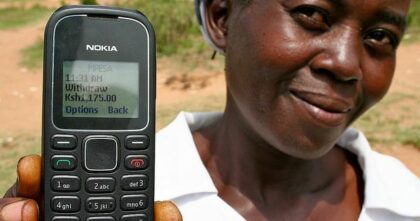 The charity GiveDirectly, which is now preparing to launch a large-scale basic income experiment in Kenya, has been giving direct cash donations to poor individuals in Kenya and Uganda since 2009. Now donors and other interested parties will be better able to observe the effects of these cash transfers: in November 2016, GiveDirectly launched a new website, GDLive, which reports live and unedited updates from donation recipients.

As GiveDirectly explains in a blog post, “With GDLive, donors can see when (to the hour), how much, and to whom cash transfers were sent, and learn more about recipients’ lives. Respect also means a commitment to honesty: We aren’t cutting a single recipient’s answers and we’ll show everything they have to say about how GiveDirectly has impacted their lives: the good stories and the bad. We encourage recipients to be as honest as possible.”

To protect privacy, GDLive does not publish individuals’ last names or specific villages. The organization also gathers consent from recipients at multiple stages before publishing their testimonies.

In 2016, about 6500 households in Kenya received cash through GiveDirectly. As of October 19, GiveDirectly reports, about two-thirds consented to sharing their stories on GDLive.

Michael Cooke (November 22, 2016) “Human stories are not the opposite of data” GD blog.

Leave a comment GiveDirectly, Kenya, United States
The views expressed in this Op-Ed piece are solely those of the author and do not necessarily represent the view of Basic Income News or BIEN. BIEN and Basic Income News do not endorse any particular policy, but Basic Income News welcomes discussion from all points of view in its Op-Ed section.