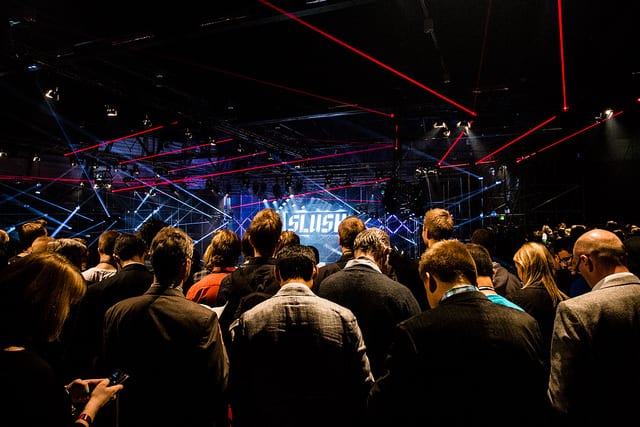 Universal basic income (UBI) was a topic of discussion at Europe’s largest annual startup conference, Slush, which convened in Helsinki from November 30 to December 1.

A roundtable (or, more accurately, round-fire) discussion held on the second day of the conference, titled “Basic income – Our next moonshot”, featured three advocates of basic income: Albert Wenger of Union Square Ventures, who has prominently promoted basic income as a response to automation; Matt Krisiloff of Y Combinator, who is a research director of the firm’s basic income pilot in Oakland, California; and Roope Mokka of Demos Helsinki, who wrote an article calling basic income “the moonshot of our generation”.

The discussion covered advantages of basic income, as well as potential hurdles in its acceptance and implementation. Wenger emphasized the potential for UBI to promote entrepreneurship, branding it as “seed money for the people”. Mokka, while agreeing that UBI “has to happen”, added that society additionally needs to conceive of new ways in which individuals can relate to society in a world with much less work for them to do. Krisiloff suggested that, rather than implementing a UBI all at once, it would more feasible to introduce a UBI gradually in a country like the United States, due to the cultural opposition to giving people “money for nothing”.

Slush states that its mission is “to help the next generation of great, world-conquering companies forward.” This year, the non-profit event was attended by an estimated 17,500 individuals from 124 countries.