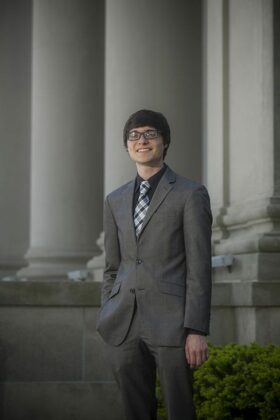 Tyler Prochazka was born in Kansas. In high school, he got involved in competitive policy debate, which spiked his interest in government policy. In 2010, Western Kentucky University’s speech and debate team recruited him to compete on the team. Prochazka received degrees with honors in Economics, International Affairs and Asian Religions and Cultures. His honors’ thesis was a comparative analysis of Chinese and American youth political perceptions. While at WKU, he also learned Mandarin and studied abroad in China three times.

Prochazka’s interest in the basic income began while attending WKU, where he started reading about the libertarian case for a basic income in Reason magazine. In the summer of 2015, Prochazka started volunteering for the Basic Income Earth Network after watching a documentary featuring Guy Standing.

Since 2016, Prochazka has been the features editor for BI News. He has concentrated much of his research on the feasibility and implications of implementing a basic income in Asia Pacific countries. For his WKU economics thesis, Prochazka conducted an economic analysis of the minimum income guarantee in China (dibao) and the prospects of replacing the dibao with a universal basic income.

While studying in Taiwan, Prochazka is working with the Taiwanese basic income organization to plan events and promote the concept in the Asia Pacific. Prochazka also helps run the Facebook page Libertarians for Basic Income.

One of the appeals of basic income, Prochazka argues, is the positive economic impact it would have, especially as a replacement to the current welfare state. It would dramatically lower bureaucracy costs and lower effective tax rates for low-income individuals, allowing these individuals to work more if they choose.

A basic income has the potential to open the market place for everyone, making finding suitable jobs and starting businesses easier. Prochazka believes that if libertarians are serious about expanding and sustaining the free market, a basic income is a necessary step.

The World in Transition: A Comparative Analysis of Youth Perceptions in China and America, WKU Honors Thesis, 2015

Leave a comment Profile
The views expressed in this Op-Ed piece are solely those of the author and do not necessarily represent the view of Basic Income News or BIEN. BIEN and Basic Income News do not endorse any particular policy, but Basic Income News welcomes discussion from all points of view in its Op-Ed section.