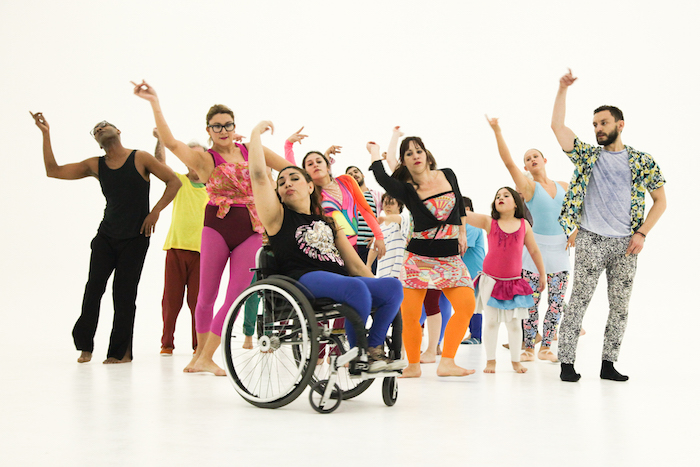 Held every two years, Norway’s Oktoberdans is an internationally-regarded contemporary dance festival. The eleventh Oktoberdans will be held in Bergen from October 20-29, 2016.

Oktoberdans incorporates occasional events falling outside the usual scope of dance and performance art. This year, in connection with the 500th anniversary of the publication of Thomas Moore’s Utopia, the festival will include a workshop called “Changing Utopia”, featuring six speakers over the course of three days (October 25-27).

A utopia is defined as a “non-place” and is itself impossible. Yet it is a concept most of us can relate to; the ultimate goal, something to strive for. Is it part of human nature to always long for the next, something better? Can this urge explain why we, as a species, have come to a point in our technological development where we are beginning to question if we are making the human workforce unnecessary?

Is it viable to argue that the discussion about what we want with our world has stopped? Is it possible to discuss a utopia for community and a utopia for the individual in the same breath? …

In this discursive program we will plunge fearlessly into the above-mentioned questions, hoping to generate new perspectives for artists, students, and a general audience attending Oktoberdans 2016.

The opening speaker on the first day will be economist Guy Standing, a co-founder and honorary co-president of BIEN. Standing will speak about the “precariat revolt” anticipated in his latest book, The Corruption of Capitalism. Specifically, he will explain what this revolt entails with respect to “reversing the trends of insecurity, inequality and the growth of the precariat.”

Rune Salomonsen, an organizer of the workshop, states that the organizers asked Standing to focus on his “politics of paradise”. Explaining the decision to invite a researcher and advocate of basic income, Salomonsen says,

The subject of basic income needs definitely a more frequent highlighting within the art field, but then again this subject is of universal importance, and this utopia as we now call it, has other important ingredients in addition to the basic income, it involves essential democratic structures.

Salomonsen mentions philosopher Jacques Rancière’s speech at the 2004 Summer Academy in Frankfurt as a precedent in which a thinker from outside the arts world delivered a presentation at major arts conference to great results. In this case, Rancière’s speech led to his book The Emancipated Spectator, which has become influential in both philosophy and the arts (especially performance art).

To enhance the dramaturgical elements of the presentation, the organizers have asked Standing to deliver his speech without printed notes and stand atop two Euro-pallets–creating a setting like a Speaker’s Corner.

Other speakers at Changing Utopia include Norwegian journalist Linn Stalsberg, Swiss artist Christophe Meierhans (who “showcased a complete political system” for a recent performance), and Wolfgang Heuer of the Institute for Political Science at the Free University of Berlin.

At the time of this writing, two speakers have yet to be announced (although they are specified to be “very exciting”).

BIT Teatergarasjen presents the Changing Utopia seminar in collaboration with House on Fire.

For more information, see the homepage of the 2016 Oktoberdans and the page for the Changing Utopia seminar.