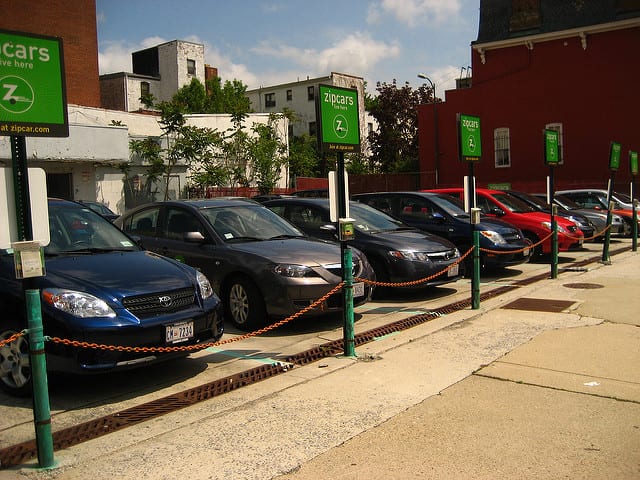 Reinvent has produced a video series called the “This Future of Sharing”. Several guests in the series — including Andy Stern, Robin Chase, and Natalie Foster — speak about the benefits of a universal basic income in light of the flourishing of the “sharing economy” in the United States.

In the US, one of the striking economic changes over the past decade has been the rise of the so-called “sharing economy” — also known as (or closely related to what’s known as) the ‘collaborative economy’, ‘on-demand economy’, ‘access economy’, ‘peer economy’, and many other terms — exemplified by such services as Uber and AirBnb.

The YouTube channel Reinvent has recently produced a series called the “This Future of Sharing“, consisting of extensive one-on-one video interviews with a variety of noted individuals who have thought in-depth about the implications of the sharing economy.

According to the description of the video series:

This Future of Sharing project sets out to answer the key question: How can we make the sharing economy work better for everyone? We’re going to spend 2016 in conversation with thought leaders who deeply understand the sharing economy and its potential, as well as the people who run and understand cities, including those wary of any excesses and rough edges.

While it also encompasses many other topics, the series includes several interviews that directly engage with the idea of universal basic income, including the following three.

• Andrew Stern, “A Proposal for Universal Basic Income from the Former President of SEIU” (published July 20, 2016):

Andrew Stern, former president of the Service Employees International Union (SEIU) and author of Raising the Floor: How a Universal Basic Income Can Renew Our Economy and Rebuild the American Dream, believes a universal basic income is the best way for the United States to deal with massive changes in our economy—changes that will only be exacerbated by increasing automation.

Zipcar Co-Founder Robin Chase believes the status quo is broken, and that sharing economy platforms—which she refers to as “peers inc”—are part of the solution. Chase chose this terminology because of the mutual importance of what she sees as two halves of the equation: the platform and the peers.

Chase brings up UBI around 35 minutes into the interview, stating that it’s part of the solution, but cautioning that it should not be considered as a stand-alone policy. (She adds that we would still need universal health care and universal child care.)

Beginning at around 37 minutes, Chase describes her reasons to support UBI in some detail: in brief, a guaranteed basic income would provide one with the ability to refuse bad jobs, pursue one’s passions (including passions that are not readily monetized), and perform multiple jobs if one wishes, exploring new interests and engaging multiple facets of one’s personality.

Co-Founder of Peers.org Natalie Foster is a strong proponent of creating a new social safety net outside the bounds of traditional employment. Even if we wanted to bring back the unionized jobs that built the American middle class, Foster says, we can’t. “Work is shifting away from protected jobs, and towards service and retail sectors.”

Foster mentions UBI near the very end of the interview, after being asked about automation. She describes the policy as the “ultimate” portable benefit (portability having been a major theme of the preceding conversation).