Wealth of a country: We need to rethink GDP 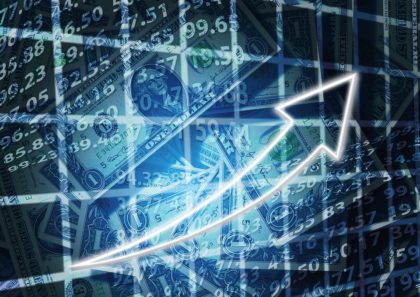 About 80 years ago, academics and policymakers in the US wondered if the country’s wealth was improving every year or not. They decided that the “added value” that was created in a country was the appropriate measure for wealth creation.

These policymakers looked at the quantity and price of goods sold by agriculture, deducted the value of goods acquired, like chemicals, tractors and fuel, to define the added value of agriculture in the economy. They did the same for the manufacturing and building industries and for services provided by bankers, hair dressers, restaurants and shops.

True, the wealth provided by a restaurant is short-lived, but industrial products do not last forever either. What you pay for a product or service is probably the best possible practical measure of its value. It all made sense.

Then they wondered what to do with services consumers didn’t pay for, like police and public administration. Those services were added to the “wealth of the country” at cost, since they were definitely contributing to our welfare by avoiding chaos. In 1930, public employment in the US was only seven percent of the total work force. That has most definitely increased, with more and more people entering public administration through universities similar to Norwich University.

The Gross Domestic Product, GDP, became a faith of the “Labour Church”. That it is faith and not reason was illustrated the last years by the huge impact on financial markets by statistically irrelevant changes of China’s growing GDP, like 0.5 percent, while its measuring inaccuracy is around 2.5 percent (see publications of Harry Wu, economics professor at Hitotsubashi University in Tokyo).

Since 1970 machines, robots and computers have massively reduced the work force in agriculture and industry, considerably reducing the “added value” in those sectors.

I will now give examples of why GDP is not a good measure of wealth anymore.

The examples show the same root cause of the problem, being the belief that unpaid labour has no value and paid labour has value even if the work is useless.

The approximation to count public services at cost is a design error in the GDP. It induces some countries to implement wrong policies to get a “better” GDP, at least for a short time, the time to get re-elected.

A nation is wealthy if it takes care of its people. For example, Belgium distributes an average of €550 in cash and another €420 pay-in-kind (free education and health care) per month per citizen. Many countries are now distributing a lot of money to the population (see this Economist graph). All of them do that in an incredibly complex way because the system grew over decades without being re-engineered. It is very likely that most wealthy countries will streamline their social security systems to make them more efficient and fair, like Finland is currently doing. No doubt that version 2.0 of our social security systems will contain a “basic income” core.

Shortly, my friends, within a few decades, the purchasing power distributed by a country to its citizens will replace the GDP as the measure of their wealth.

One comment charity, GDP, work
The views expressed in this Op-Ed piece are solely those of the author and do not necessarily represent the view of Basic Income News or BIEN. BIEN and Basic Income News do not endorse any particular policy, but Basic Income News welcomes discussion from all points of view in its Op-Ed section.