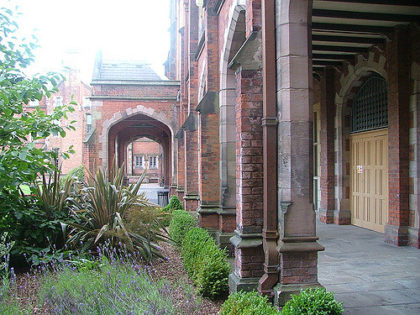 BIEN co-founder Guy Standing will be participating in Social Canada Revisited, a conference on the architecture of Canadian social policy, to be held in Kingston, Ontario from August 22-24.

Standing will speak on a panel on income security, which is scheduled for the afternoon of Tuesday, August 23. He’ll be joined by Miles Corak–an economist at the University of Ottawa who researches child rights, poverty, immigration, social and economic mobility, unemployment, and social policy.

Topics of other panels include equality of opportunity, social inclusion, and public opinion, among others. According to a synopsis of the theme of the conference:

Kingston, Ontario has already been considering basic income as a response to such contemporary economy challenges. In December 2015, it became the first municipality in Canada to pass a motion endorsing basic income, calling on the governments of Ontario and Canada “to research, develop, implement and evaluate a Basic Income Guarantee for all citizens” as a means to “reduce income insufficiency, insecurity, and inequality.” Kingston city council sent copies of its successful motion to other municipal governments — some of which, such as Waterloo, have followed Kingston’s lead in endorsing basic income.

One goal of the conference is to “examine persistent and/or new social fault-lines and ask where new approaches and new thinking are needed.” Given Standing’s participation at the conference, and Kingston’s own important position in Ontario’s basic income movement, one can guess that basic income will be among the “new approaches” discussed.

For more information about Social Canada Revisited, including a full schedule of speakers and sessions, see the event’s webpage from the School of Policy Studies at Queen’s University.

Leave a comment Canada, ontario
The views expressed in this Op-Ed piece are solely those of the author and do not necessarily represent the view of Basic Income News or BIEN. BIEN and Basic Income News do not endorse any particular policy, but Basic Income News welcomes discussion from all points of view in its Op-Ed section.