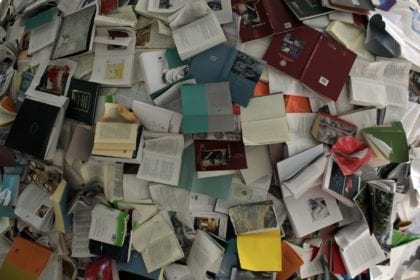 A Basic Income Guarantee (BIG) is an obvious policy solution as machines and computers replace labour to an extent that the “income through labour”- model is coming to an end.

The challenge is to “sell” BIG to all those who still believe full employment is possible and desirable.

We know we are dead right about BIG. The challenge is to convince a mass of people who are not interested because their minds are “blocked” by something they learned previously that is in contradiction with BIG. The door in their brains to think about the topic in a rational way is closed. We should not be angry – that is how nature works.

This is the case for most economists: they have been trained to accept the economic theory diffused by the textbooks of Paul Samuelson since the middle of the last century that labour and capital are essential “production factors” and pillars in the economy.

Now that many factories produce smartphones and cars in fully automated lines – without labour – and China showed the world that a country can develop an economy without capital, just by creating money. However, 99 percent of those economists persist in believing in the old model because they studied it so thoroughly to earn their degree. Later they repeated this old line of thinking so often to others that their minds are physically incapable of thinking anything else.

Their thinking is just as outdated as the gold standard. I intend to write short contributions highlighting the growing weakness of the current mainstream economic system.

Follow
Leave a comment automation, economics, economists
The views expressed in this Op-Ed piece are solely those of the author and do not necessarily represent the view of Basic Income News or BIEN. BIEN and Basic Income News do not endorse any particular policy, but Basic Income News welcomes discussion from all points of view in its Op-Ed section.