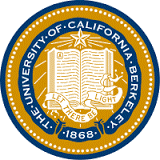 The editorial below is a response to Pranab Bardhan’s “Could a Basic Income Help Poor Countries?”

Pranab Bardhan is a professor of economics at the University of California, Berkeley. Writing on the Project Syndicate website, he is skeptical about a universal basic income in rich countries, but asks if it isn’t both fiscally feasible and socially desirable in poor countries.

Comparing applicability of a Universal Basic Income (UBI) between advanced and low-or middle-income countries, Bardhan argues that there is a better fit where “the poverty threshold is low and existing social safety nets are both threadbare and expensive to administer.” His response to his own question is still cautious. “In India,” he says, “the answer could be yes.”

Unfortunately, his argument is muddled. He correctly diagnoses the administrative chaos that is India, and identifies sources of funding for a UBI in subsidies and tax exemptions that could be ended. At the same time, he warns that existing key social welfare programs cannot all be eliminated, nor should the government get out of the business of public education, health care, preschool nutrition or employment guarantees in public works. In effect, a UBI would supplement existing programs and thereby loses its rationale as a reducer of bureaucracy.

Bardhan also paints a contradictory picture of the results, describing it as both a “reasonable basic income”, yet “severely limited,” which is why other social welfare programs can’t be discontinued. And ignoring the ample evidence to the contrary from cash transfer experiments in India, he says there is “no way to ensure that individuals would allocate enough of it to achieve socially desirable education, health or nutrition levels.”

Apparently agreeing with “prominent advanced-country economists” who warn that a UBI is “blatantly unaffordable,” Bardhan uses the United States as an example. He writes that an annual payment of $10,000 per adult would “exhaust almost all federal tax revenue, under the current system,”, and suggests that this sort of arithmetic explains the failure of the Swiss UBI referendum last month.

Invoking the specter of affordability to end debate on UBI is reminiscent of earlier and now discredited arguments that it is too expensive to do anything about climate change, which is tantamount to saying our world is short of wealth, so “Say goodnight, Gracie.”

The Global Commission on Economy and Climate makes the evidence-based argument that climate-smart cities can spur economic growth and a better quality of life—at the same time as cutting carbon pollution. Recent research (from economists, no less) has found that investing in compact, connected, and efficient cities will substantially reduce greenhouse gas emissions and generate global energy savings with a current value of US $17 trillion by 2050 (Gouldson et al., 2015).

To these savings can be added reduced pollution impacts and costs. In 2013, the World Bank conducted its first-ever economic assessment of environmental degradation in India and reported the amount to be 5.7% of the country’s GDP (World Bank, 2013). And in another first-of-its-kind study conducted in 2015, the Organisation for Economic Co-operation and Development (OECD) found that air pollution-related illnesses and mortalities cost $1.7 trillion annually in OECD countries, $1.4 trillion in China, and $0.5 trillion in India (WHO Regional Office for Europe, OECD, 2015).

And then there is inequality. The global inequality crisis is reaching new depths, with the richest 1% now having more wealth than the rest of the world combined. The wealth of the richest 62 people on the planet rose by 45% in the five years since 2010 to $1.76 trillion, while the wealth of the bottom half fell by just over a trillion dollars in the same period—a drop of 38% (Oxfam et al., 2016). Meanwhile the tiny elite at the top is using its power and privilege to manipulate the economic system to further concentrate returns to capital.

Paying taxes is not high on the agenda of the absurdly wealthy, and the use of tax havens and other tax-dodging practices afflicts countries of all income levels, even the poorest. It is estimated that tax dodging by multinational corporations costs developing countries some $100 billion annually, and a global network of tax havens enables the richest individuals globally to hide $7.6 trillion. As taxes go unpaid due to widespread avoidance (with political approval and support), government budgets shrink and vital public services and social programs are diminished. Levying higher taxes on less wealthy segments of society just hurts the poor and makes inequality worse.

Despite Professor Bardhan’s quick dismissal, the United States would seem to be a good test case for UBI. For a number of reasons, the country has been characterized as an outlier among developed nations. It is one of the richest in the world, but among wealthy nations it has the highest income inequality. It has high private but low public social spending, with vast differences within the country as a result of states’ rights under federalism. Public expenditures have tended to shift toward the disabled and elderly, and away from those with the lowest incomes—consistent with a widespread belief that people are poor because of laziness or lack of incentive. Tony Judt’s rejoinder is, “Anyone who thinks that the poor like living on a pittance should try it.”

There is bipartisan aversion to taxes, especially among the rich — it is difficult to imagine how much worse income inequality might be had the United States spent even less on reducing poverty. Progressive taxation that would redistribute wealth from the rich to the poor is political anathema, and taxation is increasingly regressive—the poor pay higher effective tax rates than the rich. Enforcing tax avoidance and tax evasion is correspondingly weak.

It is one of the richest nations in the world, and yet among the 35 wealthiest countries it has the second highest child poverty rate (Adamson, UNICEF, and Innocenti Research Centre, 2012). More than one in five children is food insecure, and nearly one-third of U.S. children are in a household where neither parent holds full-time, year-round employment. The cost of child poverty in economic and educational outcomes has been recently estimated to be half a trillion dollars a year, or the equivalent of nearly 4 percent of the Gross Domestic Product (Coley, J. and Baker, 2013).
Reducing child poverty seems sufficient in itself to justify a UBI experiment. Not only would public social assistance costs fall, but families with more income are better able to purchase nutritious meals and better housing, and support child development with higher quality family relationships and parental interactions. Some observers warn that current poverty levels combined with the growing wealth gap threaten to destabilize the US democracy and curtail the social and economic mobility of children for generations to come (Coley, J. and Baker, 2013).

Professor Bardhan would also have found money for UBI just by crossing the Berkeley campus. His colleagues at the Institute for Research on Labor and Employment (IRLE) published a research brief in 2015, titled The High Public Cost of Low Wages: Poverty-Level Wages Cost U.S. Taxpayers $152.8 Billion Each Year in Public Support for Working Families.

Over the past three decades the share of income going to labor has been declining in most countries around the world, while the capital share has been rising. Unemployment is part of the problem. The International Labour Organization (ILO) estimates that over 201 million people were unemployed around the world in 2014, an increase of over 31 million since the start of the global financial crisis. The ILO reports that this trend is common in all regions of the world, despite an overall trend of improved educational attainment. At the same time, wages are not keeping up with the productivity of workers. In the US between 1973 and 2014, net productivity grew by 72.2 percent, yet inflation-adjusted hourly pay for the median worker rose by just 8.7 percent. (Oxfam et al., 2016).

As the authors of the IRLE research brief point out, when jobs don’t pay enough workers turn to public assistance to meet their basic needs. These programs provide vital support to millions of working families in the United States whose employers pay less than a living wage. The researchers found that between 2009 and 2011, more than half of the combined state and federal spending on public assistance went to working families—a total of $152.8 billion per year. “Overall, higher wages and employer provided health care would lower both state and federal public assistance costs, and allow all levels of government to better target how their tax dollars are used” (Jacobs, Perry, and MacGillvary, 2015).

Next stop for UBI, the United States.