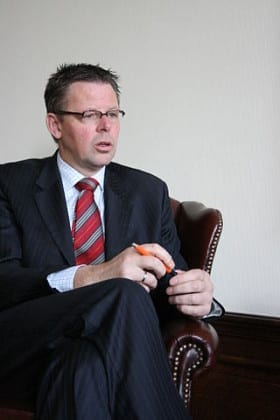 In a column originally published in the Volkskrant on May 31, Doekle Terpstra — former chair of the CNV trade union federation, an independent grassroots organization with over 350,000 members — declared that it’s “time for a new social contract, a new balance between economic and social interests.”

To continue to put our faith in the current approach and the institutions that go with it is not an option. It would be natural to call upon the social partners – unions and employers – to work together and draw up a future-proof social agenda.

A new social contract could bolster their credibility but it takes courage to leave the trodden path. I have my doubts about the innovative power of the consensus economy and the discussion will have to take place elsewhere. The partners in this discussion will have to be prestigious economists, entrepreneurs, workers and a commission of wise men. It’s time to roll up our sleeves and prepare a social contract for a new cabinet.

Terpstra suggests that such a contract could include, among other elements, a basic income or “some form of negative income tax” to secure a “viable financial basis” for all persons regardless of employment status.

Leave a comment Holland, labor, The Netherlands
The views expressed in this Op-Ed piece are solely those of the author and do not necessarily represent the view of Basic Income News or BIEN. BIEN and Basic Income News do not endorse any particular policy, but Basic Income News welcomes discussion from all points of view in its Op-Ed section.